Incredible view from Step Town balcony, where the manager let me hide out for the afternoon.

I mentioned that my landlord hasn't moved out of the house I've just moved into? I'm sitting waiting for him to get home from work to see whether he plans to move out tonight, and where the fridge and kitchen shelves are that he promised.

First he asked if I could move in Sunday instead. I said no, I'd already spent a week in a hotel so that he could pack. Then I told him I was moving in at 4pm, so he said 'come any time you like, I'll be at work until 8:30pm'. I said 'okay, I'll come straight there after check-out.' He said 'actually, 4pm is better so the domestic can clean.' So, I chillaxed and admired the view with a fish brochette and a cup of tea until then. 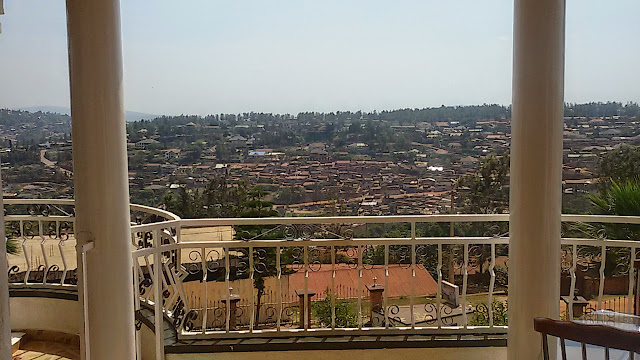 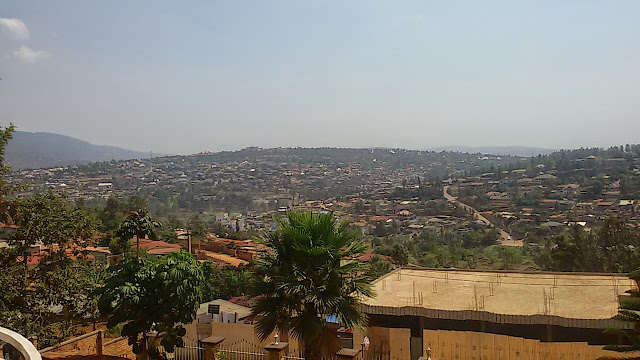 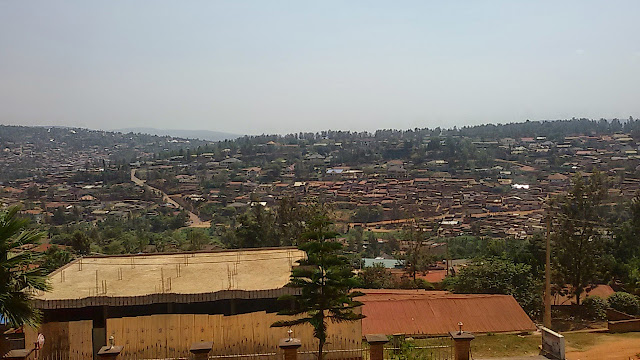 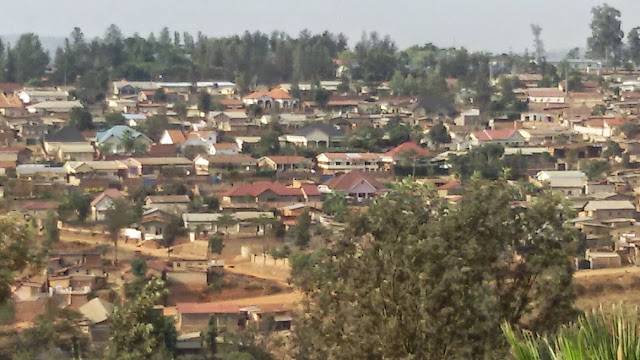 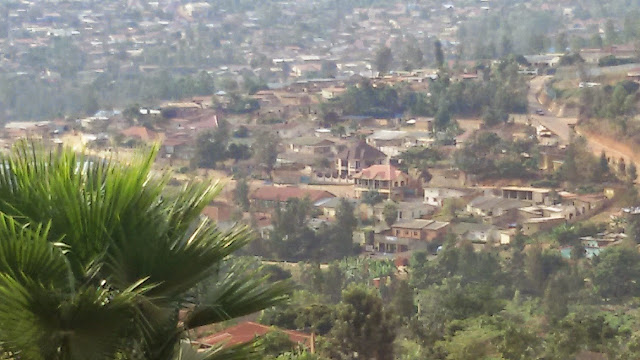 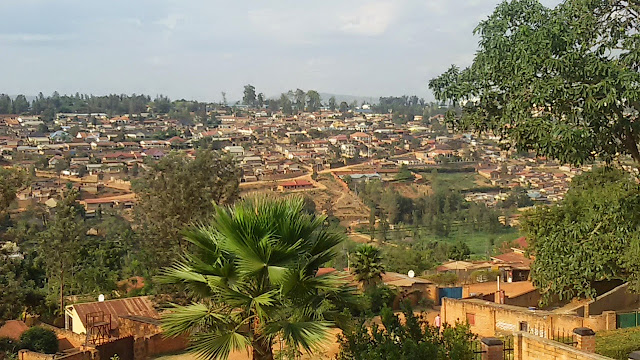 Then I treated myself to Alfred the taxi driver's four-wheeled comfort. The guy who dropped me off from Gikondo when I moved out. Didn't feel like doing a moto juggling act, thought it would be a real shame to hospitalise myself en route to a decent night's sleep.

Tried knocking on the gate, tried beeping the horn. Eventually had to call my landlord to get him to call the domestic to open the gate. I must admit, managing staff is my biggest cringe-point about being an ex-pat. Most Rwandans have staff, even those on surprisingly low wages, but it takes quite a bit of getting used to for a muzungu. I now have a live-in domestic. Comes with the house. He has his own quarters at the back. He sleeps, eats and everythings there.

He eventually let me in, and I took a few quick snaps before the light faded.

This is my new pad. 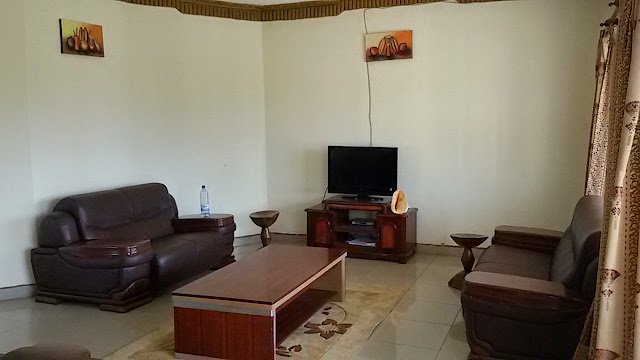 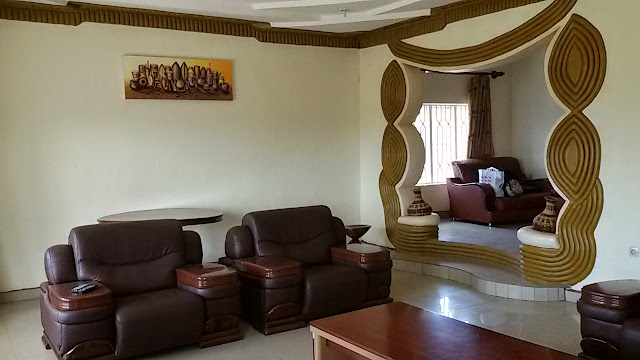 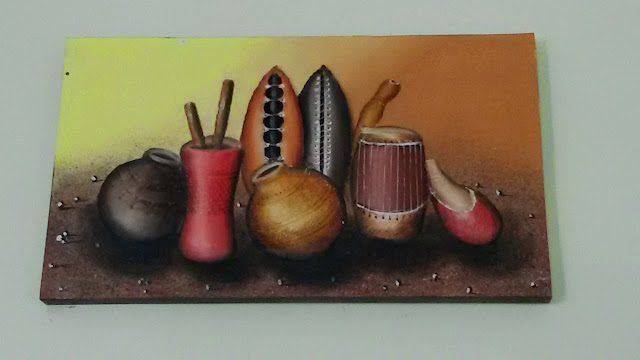 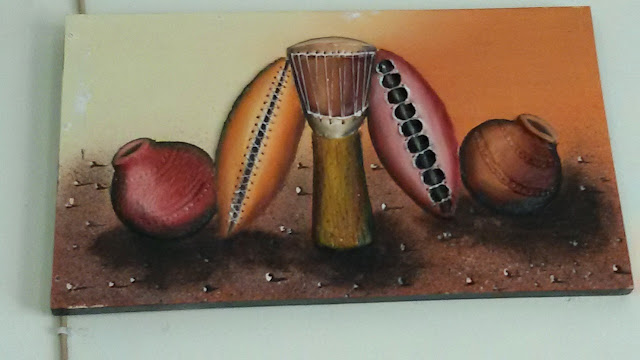 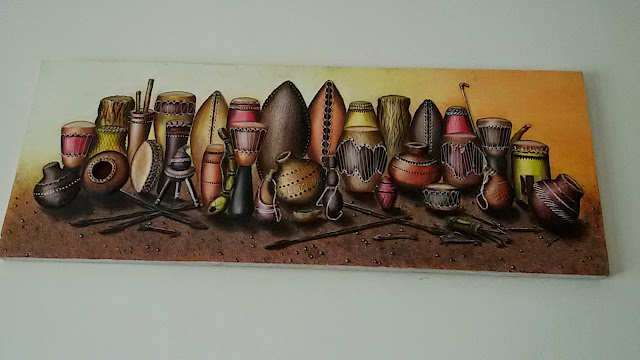 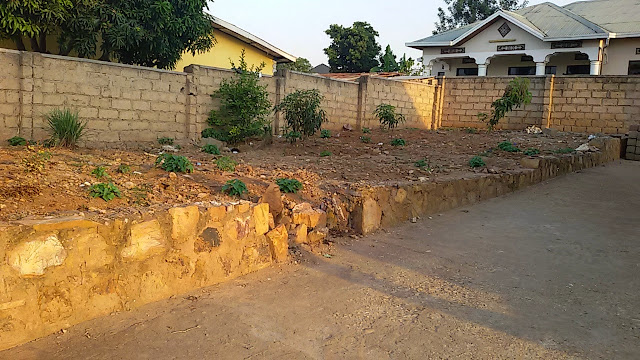 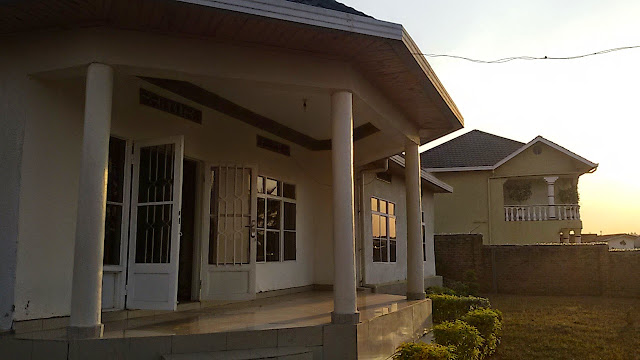 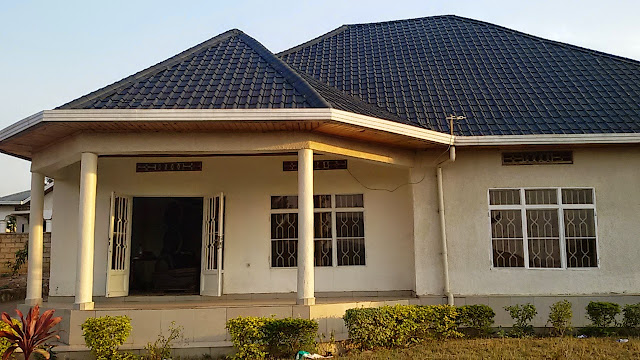 No water, but two bedrooms, two bathrooms and an office, which could be a third bedroom if needed. All for the same price as the little apartment I was living in at Gikondo.

Update! Well, who knew. Fridge has arrived! So has the landlord, looking tired after a long day. He was about to start packing, but I took pity and suggested he stays tonight and packs up tomorrow.

Will be nice to have a chance to talk to him about the water tank idea. I've said I might go halves on one. It would be nice to have a shower in the mornings rather than a bucket bath. I wouldn't hesitate if I knew that I was staying, but my working visa is up for renewal in January and it would be a shame to invest if I had to leave so soon.

For now, though, the world is pretty much as it should be. Not too sure what I'm doing about dinner yet, but this time tomorrow I hope to be cracking open my first cold beer whilst watching the sun set over Kigali from my beautiful porch. My spirit is renewed.
at 20:11