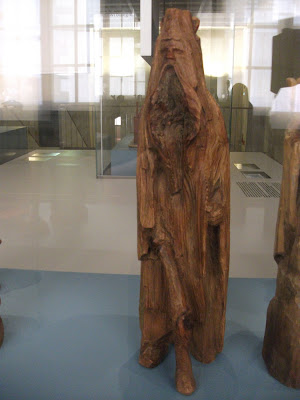 I hadn't heard of Rübezahl before, but he's a popular folk character around these parts - in Poland as well as this area of Germany, which was all Silesia.

The entry in the guidebook explains:


Rübezahl, Lord of the mountains, is the most famous inhabitant of the Sudenten Mountains (German: Riesengebirge). Early stories portray him as a demon and ghost of the mines, or even a devil. Later he became a moral figure who helped those in distress and punished wrongdoers. More recently, the growing tourist industry has put Rübezahl to use as a publicity figure.


There's a section on Nazi occupation is which a little girl fleeing her home thought to take just one possession with her - her toy Rübezahl, which was recovered and displayed below. 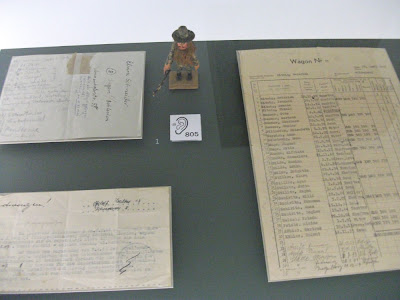 When I crossed over into Poland, and Wrocław - the capital of Silesia - I saw many more examples in the street markets. 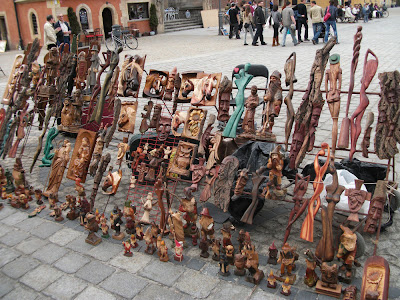 Interesting titbit of local mythology.
at 14:46