From Auschwitz we travelled up the road to Birkenau, which was the larger satilite death camp, where Jewish people were unloaded onto the platform then either sent to the left or the right. Left was the gas chamber, for mothers, children, the elderly and infirm. Right was the labour camp where many people lasted three or four months before starvation and sickness overcame them. 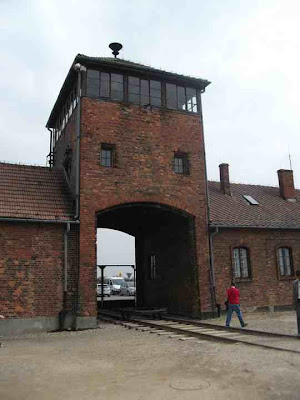 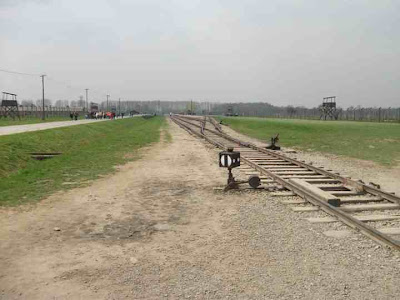 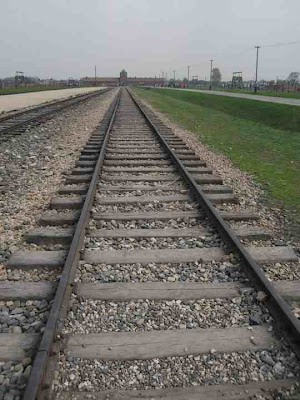 The toilet drainage was insufficient to carry away all of the waste produced, and one surviving member of scheißekommando, the forced labour group in charge of scraping the excess waste into buckets, said that it saved her life. SS officers would leave her alone because of the smell - nobody wanted to come close - so she wasn't beaten as often, and it meant that she could use the toilet whenever she wanted. Many prisoners were executed for leaving their posts to relieve themselves.