Diary of a Falciparum Fiend 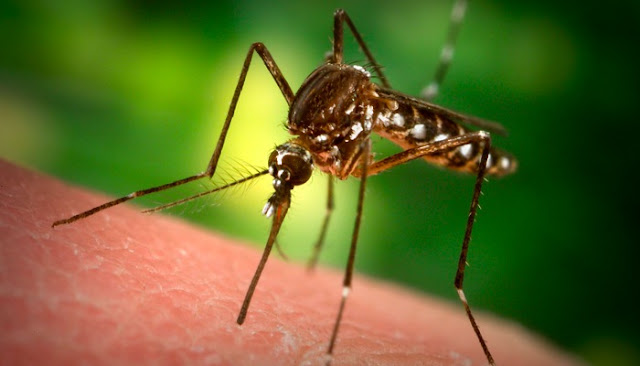 How can something so elegant be such a bastard?

It's actually not the mosquito's fault. It's an innocent victim in this, as are we all.

So, when the vomiting and shivers kicked off on Tuesday night, that was the blood cells going pop.

I'm a writer, what can I say? I write about everything - even what it's like to have malaria.

I'm on Coartem, which is for p. falciparum, the nasty type. I'm a lucky girl. Firstly, I went to the doctor's early (thanks to my friend Rose), I can afford the medication (although I tearfully went to six pharmacies before finding one that stocked it!) and I'm a healthy, well-fed individual with a fairly kicking immune system.

If Rose hadn't insisted, I probably wouldn't have gone to the doctor's - despite first throwing up in the clinic toilet whilst looking after a friend with other problems. I just assumed it was food poisoning and I'd be all right in a day or two. One problem when you're an ex-pat or development worker is that you can start to get a bit blasé with your health. You have so many weird experiences and your med kit is well stocked, you get used to self-medicating. It takes a lot to get you to the doctor.

The best way I can describe mild malaria is a bout of flu, without so much snot. The worst symptoms are a shivery fever and achy muscles, which are kept at bay with paracetamol and ibuprofen. The other unpleasant part was vomiting the first two nights, but the meds seem to have sorted that out. Once those are dealt with you're just left feeling weak. I meant to start packing yesterday but fell asleep instead. Even light exercise wears you out.

The vomiting was a problem as I set my alarm for midnight to take my second round of malaria meds, but woke half an hour before to be sick. You need to keep the meds down for two hours for them to be absorbed. Luckily my lovely friend Dr. Jeff was on Facebook at the time and offered support. I had fresh ginger in the fridge - which never usually happens - so made a strong cup of ginger tea, which really helped.

The sickness and fever all come in waves, so there are times in between when you feel pretty good. There are different types of malaria, some come in 48 hour rounds, the milder form in 72, but falciparum doesn't work to a regular schedule.

On the whole, it's nowhere near as terrifying as I'd expected. After reading Poisonwood Bible, I'm a little disappointed at the lack of psychedelics.

I must stress again though, this is easy for me because I have access to good medication, I was treated early, and I'm not a malnourished child. Otherwise I'd be telling quite a different story.

The cost of a private room at a top clinic, consultation, all the blood tests, diagnosis, initial painkillers and a prescription came to less than it cost me to visit a dentist in the UK last time I was there. The medication (painkillers, Coartem and antibiotics) was just a little over what I spend on internet each month. For me - nothing. For a teacher in a rural area, more than twice their monthly salary. Which is absurd, as between the two of us, they're more likely to get malaria.

For me, the greatest inconvenience is not being able to pack for my flight home on Wednesday. So far I've only managed to clear one cupboard. I've just been lying on the bed listening to music, watching Black Books and drifting. I feel good, but very tired, and I haven't eaten much. I've tried, but I just have no apatite. Yesterday I had an orange, some apple juice, bananas, a little ikivuguto (natural yogurt) and milk, which you're supposed to take with the meds. Tried toast, but didn't fancy it once I'd made it. It's not that I feel sick, I just don't feel hungry. So I'm listening to my body - feed a cold, starve a fever. The only thing I did fancy were salted crisps. I think it was just the salt I wanted. They went down well, but didn't feel so great after a nap.

It's my last day of malaria meds today, though for some reason I also have antibiotics until the end of the week. Perhaps they're hedging their bets?

I'm feeling much more alert this morning after an un-vomit-interrupted night. Going to give packing another go and try a proper breakfast.

The medication I'm on (Coartem) works once the parasite's in the blood cells, by interfering with its reproduction, so it can't hatch and spread.

They're working on a funky new vaccine which operates like this:

Most ex-pats in Rwanda don't take malaria prophylaxis. I stopped about three months into my first stint in 2007, and took Malarone only in Sierra Leone. Here in Kigali, it's low prevalence, but over the past couple of weeks - the infection period - I've been travelling to a lot of rural areas including refugee camps and villages with poor sanitation.

So far - barring complications - I don't regret my decision not to take preventative drugs. Lariam is an evil drug that causes huge problems. You really can't function on it. And Doxy is okay, but causes sun sensitivity (not great in an equatorial country) and can cause stomach upsets. Malarone's the only one that doesn't seem to cause side effects, and that's for short-term use and fairly expensive. None are foolproof, and if they fail, the treatment is exactly the same as what I'm taking now: artemether co-lumefantrine. So, yes, it's uncomfortable, but, given the choice, rather a couple of weeks of discomfort than three and a half years of it. Of course, my opinion is subject to change in the event of complications.

And, on that note - can we please stop cutting down the rainforest and destroying grassland! Could you imagine if we'd wiped out  Artemisia before we discovered its ability to fuck with malaria?

With any luck, this time tomorrow I should be malaria free.
at 08:56