It's been a funny rainy season so far - there really hasn't been a lot of rain. Then, the other day, I was on a moto coming home when the heavens absolutely opened. My driver had to dive for cover in the car park of new Simba.

There were a dozen motos there, and lots of people looking soggy and bedraggled. At one point I thought we were experiencing a hurricane as the dust whirled up and the wind roared.

When it finally abated, I got back on the moto and there was debris everywhere. When we got to Kisi, two big trees had come down across the road! In all credit to the authorities, there were already people clearing them away. 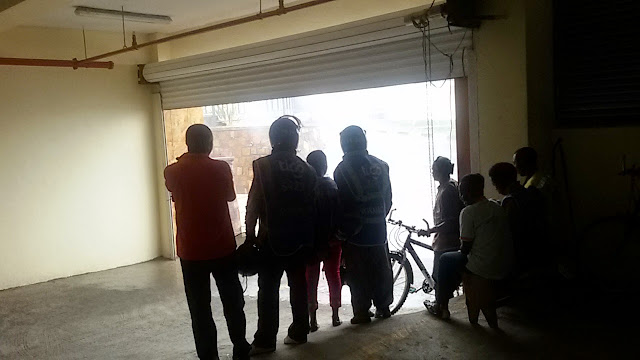 In other news - I now have my official company stamp. Every business is supposed to have one, and when you sign contracts and official documents you have to use it. It's very clever, there's an ink pad inside so it automatically prints when you press down on a piece of paper. 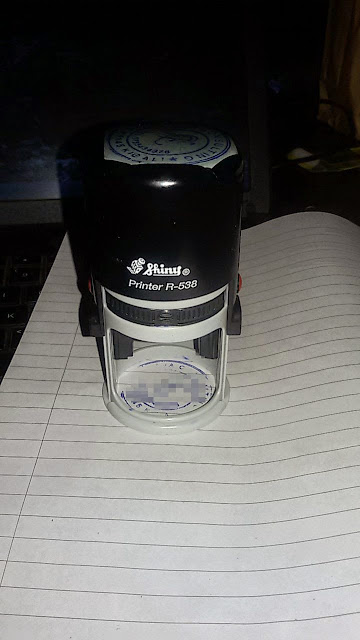 It's been a truly tough week though. I've been experiencing a real bout of overload. Partly kicked off by an administrative error which has just lost me what I believe is referred to as a 'crap load' of money. Essentially means I've done a lot of work for hardly any pay, plus had to register for additional taxes that I didn't expect to pay until December, and had to buy some equipment which costs a fortune in order to pay those taxes. It was completely my own fault. Nothing world-ending, but I wasn't expecting it, and there have been a few other things about running a company which have turned me grey recently.

It's over now, though. Everything is back to normal, and work seems to be fairly forthcoming (fingers crossed). Had a very serious interview the other day. Submitted a bid and was called in to talk about it, thinking it would just be a casual conversation as most NGO transactions tend to be. Only it hadn't really registered that it was with a very big development organisation. Turned up to a heavily guarded compound, led to a small back room with no windows to face a four-person interview panel. Wasn't really expecting that either, but I rose to the occasion and it went pretty well. Waiting to see if we got it.

I've coped with this week, but I've also spent a lot of time in tears, worrying about everything you could possibly worry about - rational and otherwise. Almost had to cancel one meeting because I was having a wobble, but thanks to a very deep breath and a bit of under-eye concealer, I made it through and it was productive.

Family have also been hugely supportive and by Friday I was feeling a lot better, which is good, because I was delivering training - which also went well. The problem doesn't appear to be with my ability to deliver on work, just that I'm struggling to find my balance a little.

Still, the weather has been beautiful, and Kigali is beautiful. Took some back-street snaps to illustrate. 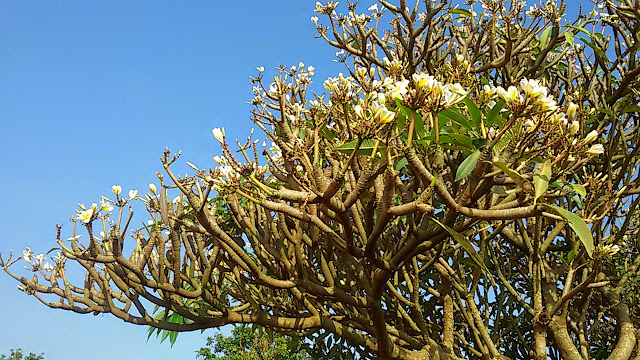 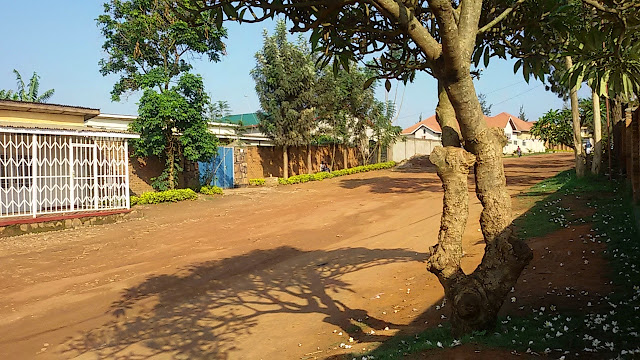 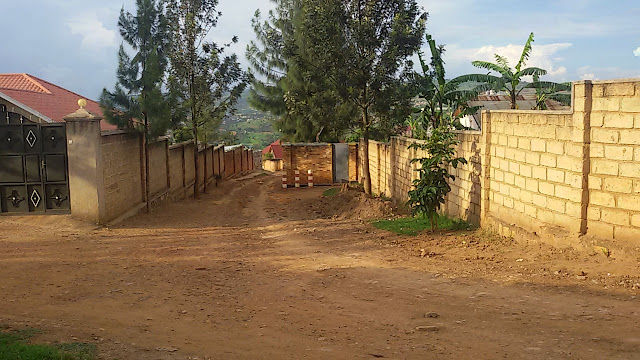 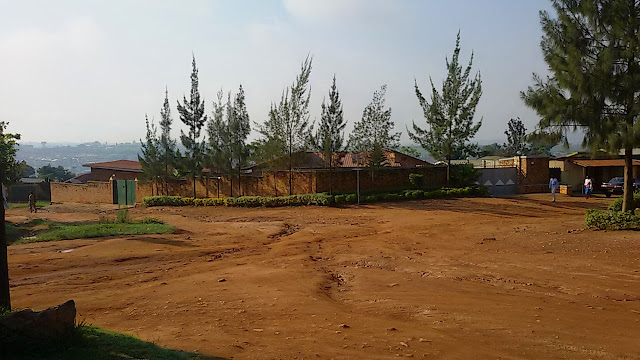 On Thursday my friend Christiane arrived for two nights. It's been a real pleasure having her here. We sit on my porch, drink a lot of beer, smoke cigarettes and talk about everything under the sun. On Friday night she cooked me the most incredible meal: pork chops with tomato sauce and couscous. It was honestly one of the best meals I've had since I got here. She left this morning and I'm feeling much, much better. 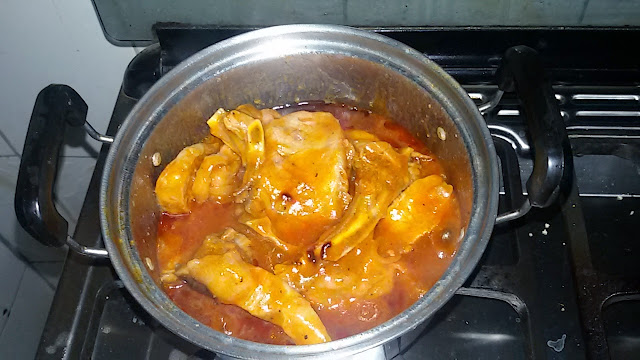 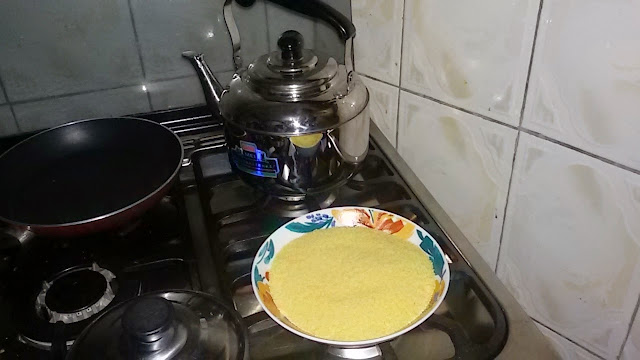 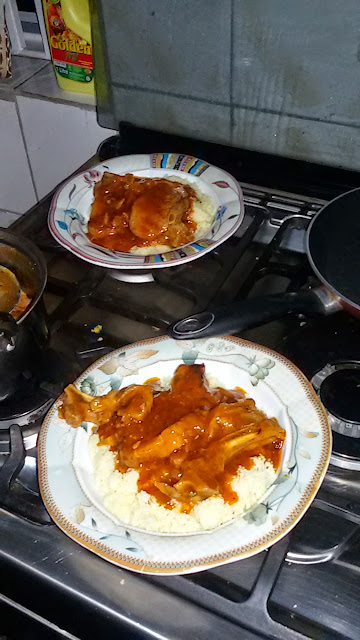 I have some work to get through today, but I've just spent the past six hours watching the first series of Last Tango in Halifax. Forgot how brilliant that was. Think there's also a new episode of Peaky Blinders to catch up on once I've done my chores.

Going to try and get through everything I need to this evening so that I can put the whole of tomorrow aside to write, and forget about work. I think that's the problem with consulting - it's all or nothing. You're either ridiculously busy or you have nothing to do, so it's hard to balance your down-time and easy to burn out. At the moment I'm very grateful to have work, but I need to manage myself a bit better, and there's always something unexpected crops up with a contractor or - this time - tax. Just when you think you can relax, you can't.

Jo's gone back to the UK for a few weeks, so I'm very glad Christiane was here because otherwise I disappear into my computer screen. There's such a lovely view outside my house yet I don't seem to look at it anymore unless someone's here to sit on the porch and bring me back down to earth.

I just have to keep repeating: it'll all be worth it.

Occasionally I consider applying for a proper job, but the harder things get the more determined I feel to make it work. I'm not entirely sure what I'm trying to prove, but I still have a sneaking suspicion it might pay off.
at 15:13