Well, it's been a fairly eventful and fun-packed few days here in Nairobi.

On Sunday I went to Nairobi arboretum with my friend Celia. There's a drumming circle that meets there called Debedebe.

Celia had seen them playing before but wanted a wing woman to back her up. I could see why. As we approached they were already in full swing, sat in the shade of a tree in the beautiful Kenyan sunshine. They sounded rather good, and it took us a moment to build up the courage to ask if we could join in.

There were spare drums, and our teacher taught us how to hold them between our legs, and the different ways of hitting the djembe: flat in the middle for a loud thud, half hand at the edge for a high tone, and then the slap: ball of your hand at the side, followed by your fingers (closed or open, depending on your style). With these three funky moves, we proceeded to make noise. 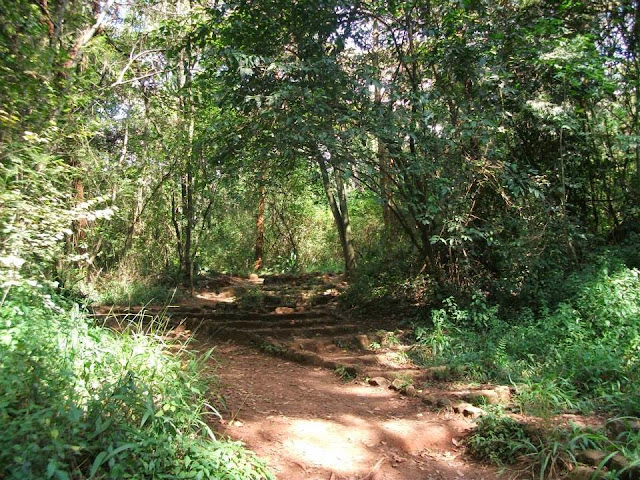 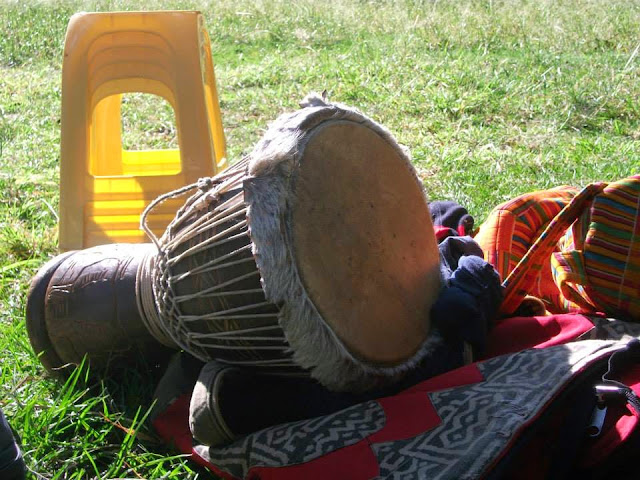 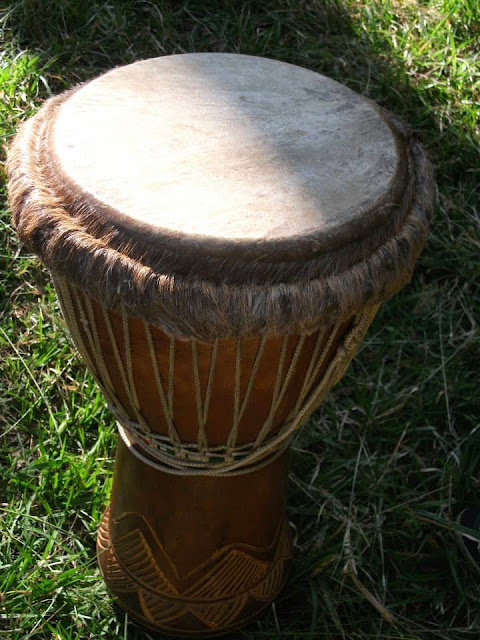 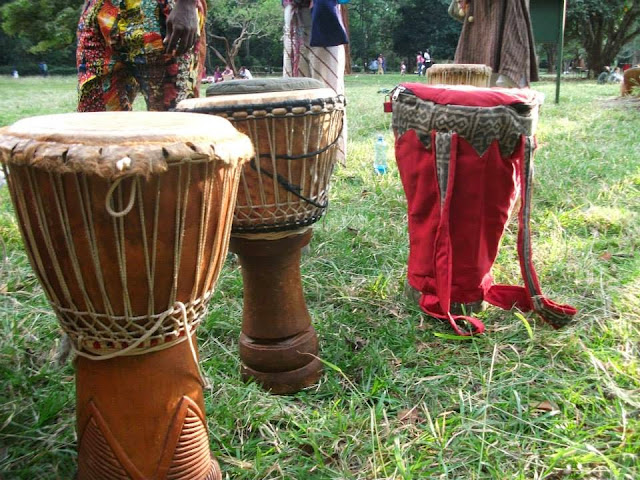 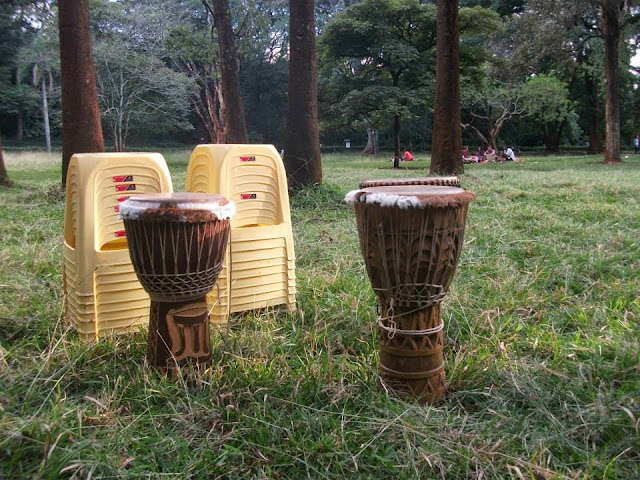 It got complicated quickly, keeping the rhythm is harder than it looks. It was my first ever time drumming, and it was such good fun. Can't recommend it highly enough, though after two hours your hands feel as though they're about to drop off. It was just such a great atmosphere, and excellent teachers who made you feel welcome, helped you through your mistakes, and kept everybody smiling. Therapeutic way to spend an afternoon, and all they ask for is a donation at the end - up to you what you give.

I had a relaxing Monday to follow. There's a gorgeous craft centre within walking distance of K's place. It's called Spinners Web. Lots of different handcraft shops and African artifacts. They also have a book exchange and a café which sold a cashew nut pie to die for. I'm heading back there for lunch today. Can't resist. Perfect place to sit and read a novel... or write one. 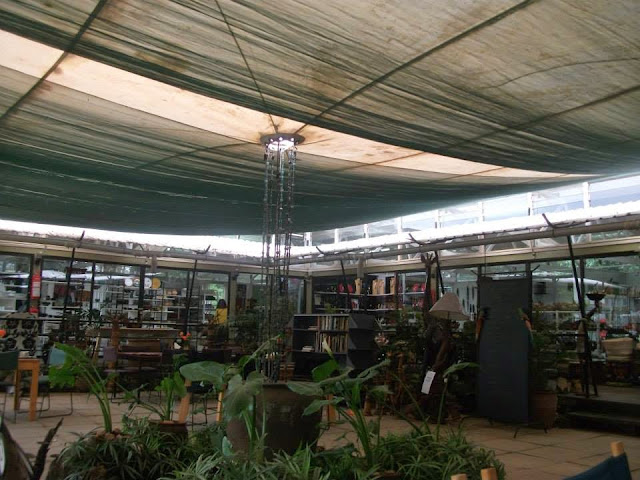 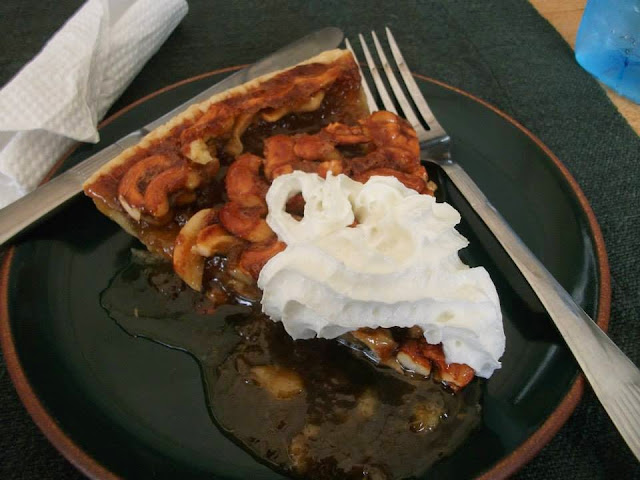 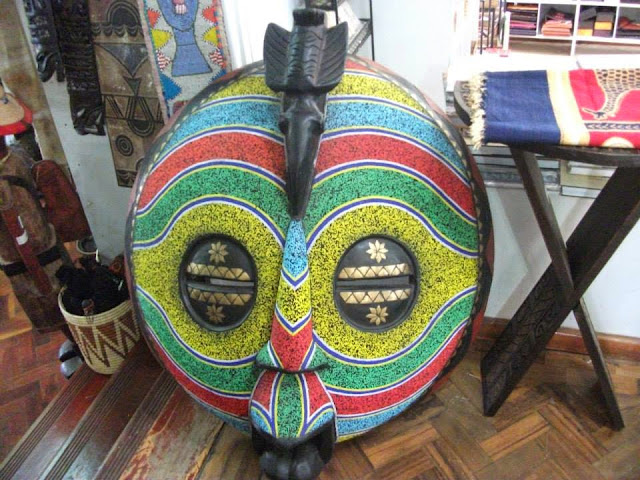 The reason I need to get out of the house is because if I sit still any longer, my body will seize up.

I am ever so slightly broken.

I asked Dad to send out my riding gear, which Nairobi customs instantly and inexplicably pounced upon, charging more than the cost of the items and postage to release. Crazy system, must be crippling for business. Anyway, after forking out extortionate rates, I was determined to get some use out of it all.

However, finding a horse in Nairobi is not so easy. There's a big forest with a huge sign saying Horse Riding, but when I contacted Friends of Karura Forest, they knew nothing about it. The best advice they could offer was 'hang out around the shopping mall, you might see someone offering rides.' Really? Not many tourists are going to follow that advice.

So, long story short, I'd befriended a moto driver called Peter, who is always parked at the end of our road. I mentioned I was looking for somewhere to go riding. He said he'd look into it.

I'm walking back along the road to K's place, when, ten minutes later, this taxi driver pulls up.

"I hear someone's looking for a horse?" he says.

And so, through a friend of a friend, I reach Simon, who organises horse riding on the Sigiri side of Karura for around USH 2,500 per hour, 3,800 per two hours.

Never one to pass up a discount, I book in for the two hours, thinking it would be a nice, relaxing hack through the forest with some trotting and a chance to canter.

We cantered solidly around the entire park. The longest I have ever gone at that speed in my life. Having not ridden in several months, you can imagine how I'm feeling right now!

I even had one undignified dismount, when I lost my stirrup at some speed and found myself hanging from my horse's neck, watching the hooves of doom bearing down upon me. Thankfully they're incredibly well trained horses, and she stopped immediately. I must have scared James (my guide) half to death, but no harm done and we were soon back to canter.

These horses are fit as anything. Unlike British riding school horses, who take every opportunity to sink their noses into the hedgerow, these two didn't so much as sniff the grass until the ride was over and they were free to roam! Such discipline.

James rode Hurricane, who is looking incredible for seventeen years of age! And I had Mushindi, a young lady with a surprisingly comfortable canter, and a lot of spark. It was a challenging and beautiful ride through the forest where K and I went walking. Plenty of flat space to let loose. 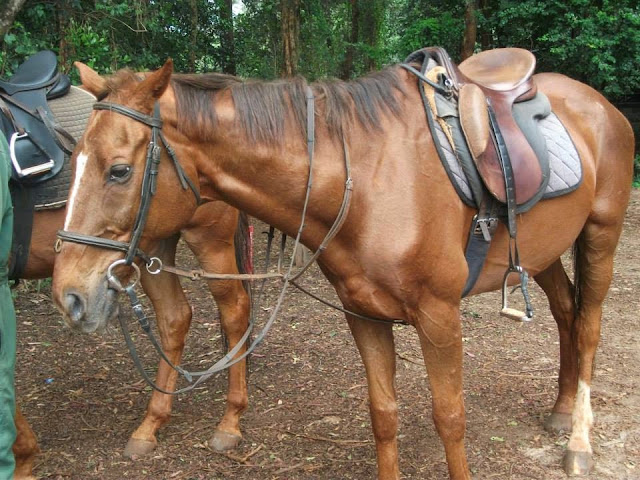 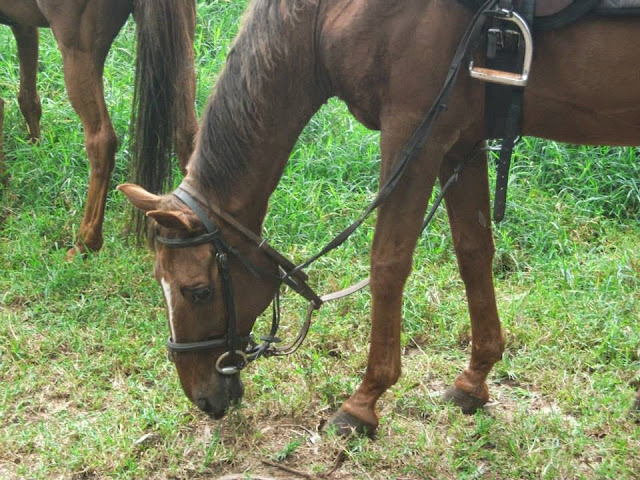 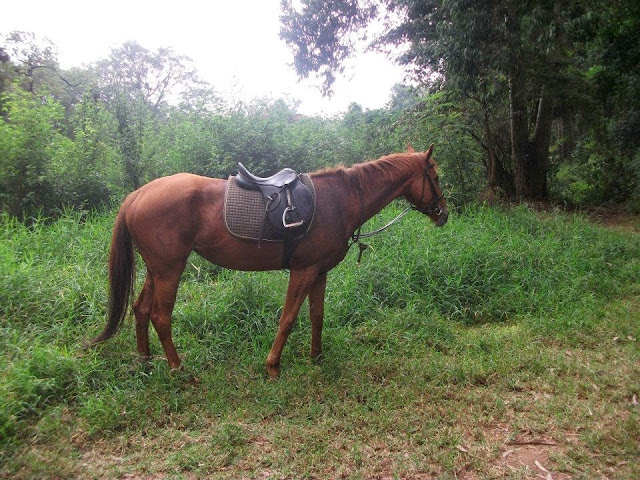 It was a fantastic day, but my body was completely beaten. I came home, had a hot shower, and passed out on the couch for about three hours. I revived a little by the time K got home, and cooked peanut butter curry, which replenished my lost energy.

Feeling stiff today, and the cold weather doesn't help. Hence I'm headed back to Spinners Web to treat myself to another slice of that cashew nut pie and a few more chapters of the book K put me onto: Mr Penumbra's 24-hour Bookstore, which is intriguing.

And, finally, just booked my flight to Kigali. My friend Jo is meeting me at the airport in her swanky 4x4 and taking me to my new digs. It's a house share in Kagugu, which is a district I don't know at all, but apparently it has shops, easy transport into town, and it's a quiet neighbourhood right opposite the police station. So, sounds good. Moving in with a girl called Sally, and a couple of others I will meet on arrival.

A safe place to stay whilst I get on my feet and remind myself where everything is. After five years, I reckon Kigali might look a little different. 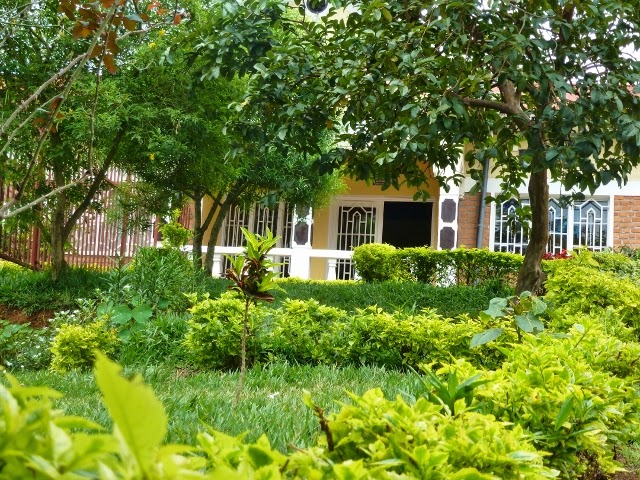 It will be strange being back. No kittens, no Cathryn or Brad, no Holy Jah Doves, no VSO Programme Office or Amanda... it's going to be a little weird. But there will be a Jo, and a Pierre, and a Zuba, and plenty of old friends to catch up with. Plus a whole world of new opportunities if I decide to stay.

When I took my posting with VSO in 2007, I was offered either Rwanda or Kenya. I didn't hesitate for a moment in choosing Rwanda back then, and today I am still grateful for that. There's no way I could afford to live in Nairobi as I can in Kigali. Also, the security issues, and the sheer red tape and financial barriers for foreigners looking to invest or start a business in Kenya, make it highly unattractive in comparison to Rwanda, where Kagame has basically taken the approach 'we want to do business with the outside world, let's make it as easy as possible and get the economy moving.' Rwanda came top of the Wold Bank index for ease of business in East Africa, only behind Mauritius and South Africa in the whole of Sub-Saharan Africa.

Let's see how it goes.

One step at a time - first: get to house.

One thing I am intrigued to find out is whether Sole Luna has started doing home pizza delivery. I forgot to mention, but K ordered us one from Naked Pizza the other night. It was delicious, although it did suggest on the box that you eat your pizza naked and post a picture on Twitter.... errr...

Still, I was gobsmacked. Nakumatt also do home shopping delivery in Kenya. Such a contrast in a country where K had to have the entire house re-wired so the electrics didn't blow when she turned on the washing machine.

Progress is happening, and life is good for those who can afford it.
at 10:49