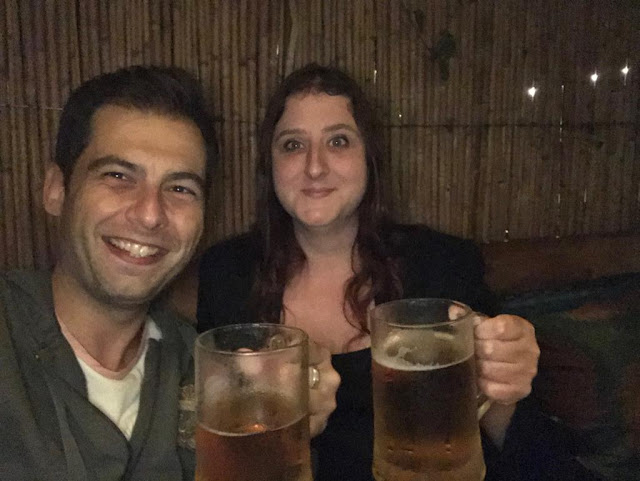 It's been a fun-filled couple of weeks. Ian left on the 12th, making a memorable exit playing with our friend Andy of Viva Beats fame. Really well received and much beer consumed. Photograph courtesy of Harris. 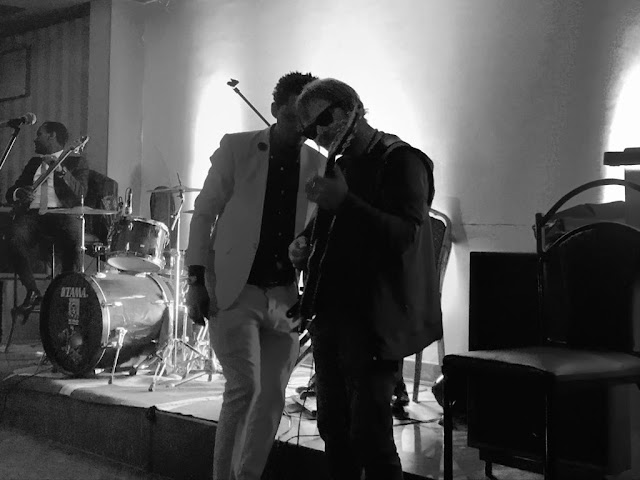 We also had a really nice night out at The Hut and CasaKeza before he went, including a fabulous belly dancing display by Kigali's resident belly dancing teacher, Hilde.

Then it was Harris's turn to leave on 15th. A couple of nights before he left, we were at New Cactus and happened to look up to see shooting stars. Apparently this was part of the Geminids meteor shower. I hadn't seen one in years and they were really bright. Quite amazing.

The day before we did a lot of daytime drinking by the pool at Mille Collines, and we had a lovely couple of hours before he left for the airport, hanging out at his hotel with Mutzig and memories. He's been here working on his PhD on and off for a couple of years but this is likely to be his last trip as his thesis is due in March. 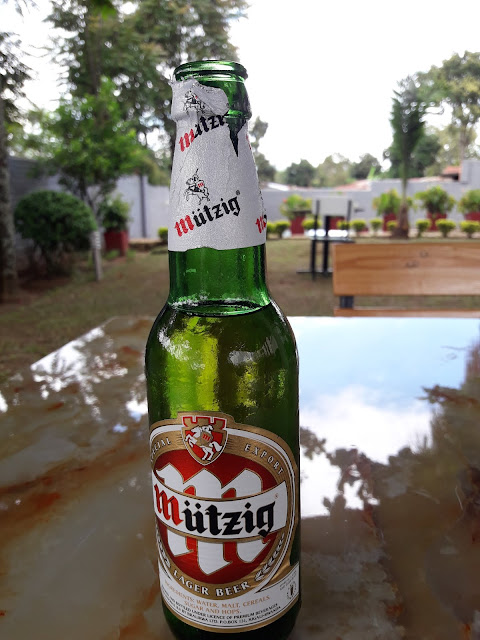 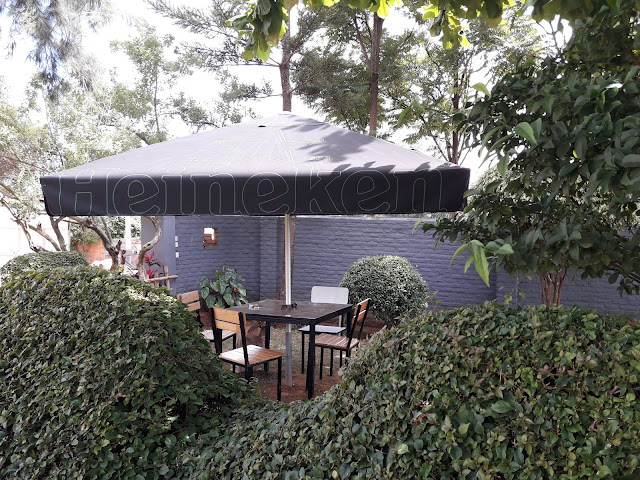 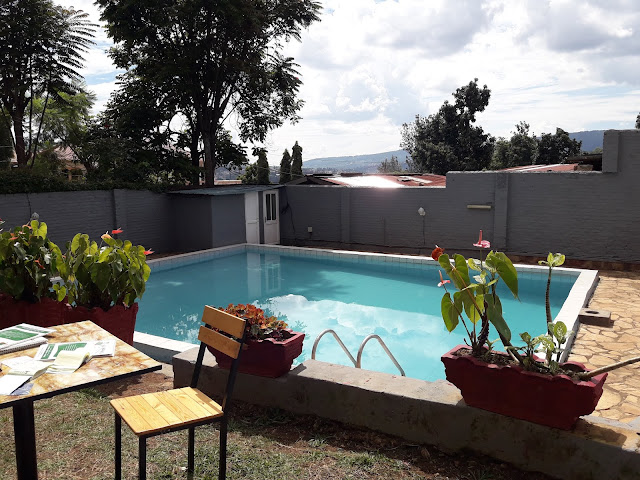 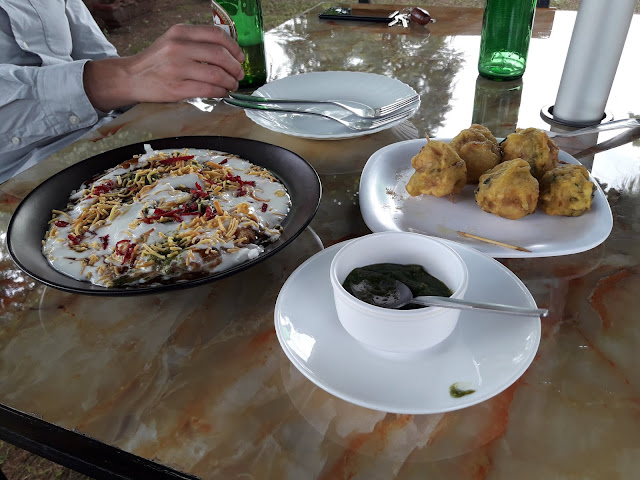 One thing we've had a laugh about is that the place he stayed, Fat Mama's, is right in the shadow of Kigali's most haunted building. It's really bizarre. There's building laws in Rwanda which mean if you stop building for something like two or three years, the government can repurpose the land. This building looks like it might once have been a hotel that someone stopped building halfway through. It's creepy as heck, and especially so at night. One of those places you could imagine looking up at and seeing a mysterious figure in the window. Haven't found anyone who can tell me what it was yet, but it's right next to the UN compound, so perhaps they don't want it developing in case it compromises security, but still.... very 1408. 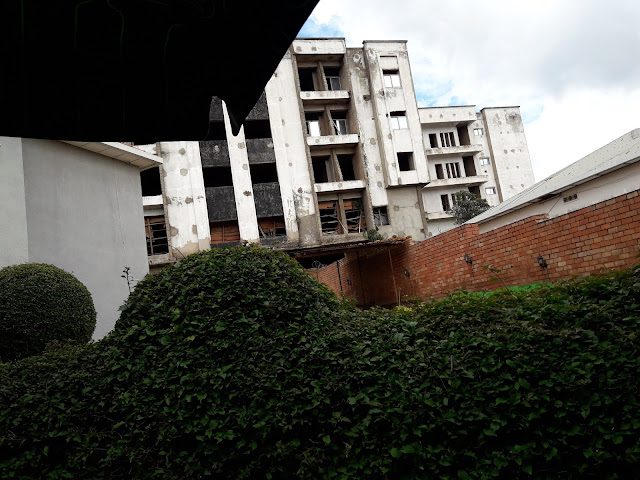 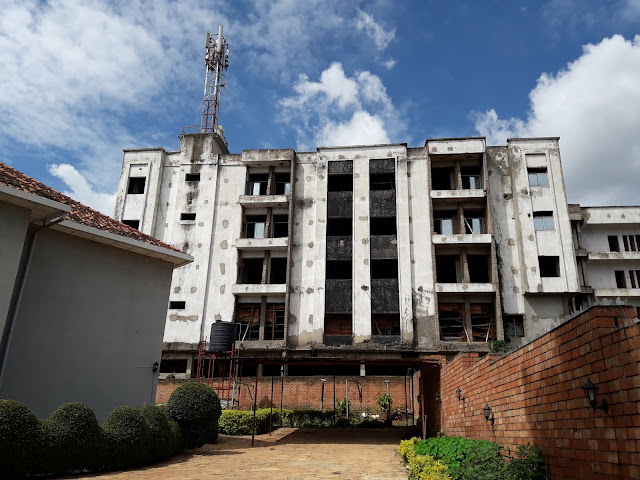 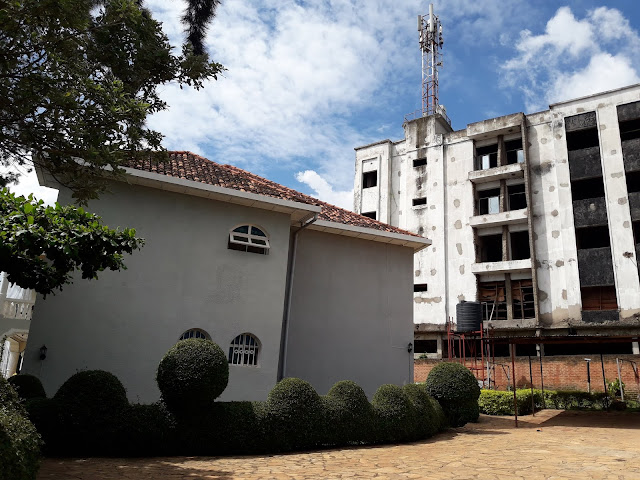 Life is going to be a bit quiet now that the lads have gone. Think my liver is giving a little sigh of relief, but going to miss them.

Treated myself to another full English at ViaVia to soak up the alcohol. 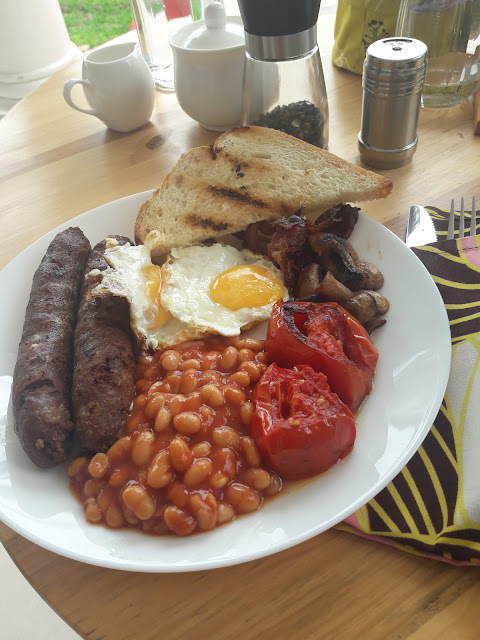 And really enjoying my new job. It allows me to work remotely, so I've been seeking out places to sit and concentrate, such as Inzora Rooftop Café. Not a bad office view. 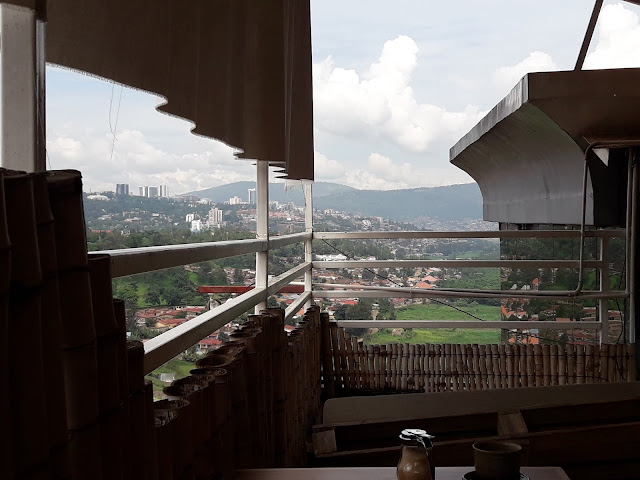 Though it was quite entertaining signing a contract with myself and working out my salary and what benefits I'm allowed.

In other news, the piano project is coming along. Dés is putting my old Lirika back together. It was a 1968 Soviet piano we took apart to replicate the string frame for our own build. I wanted it rebuilt with a bit of a twist so we painted the frame purple and the casing black. It's looking good. 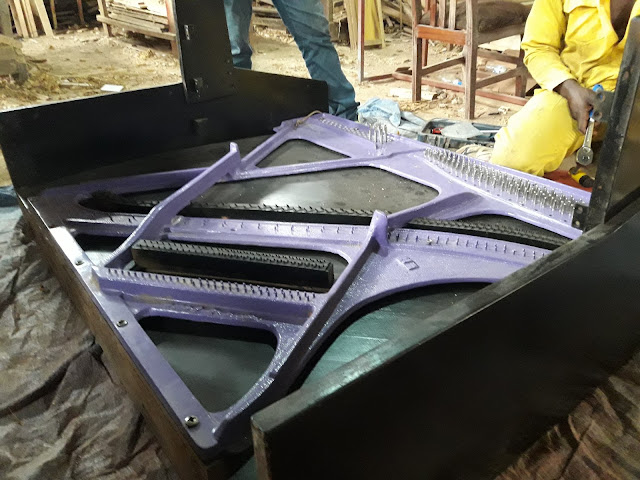 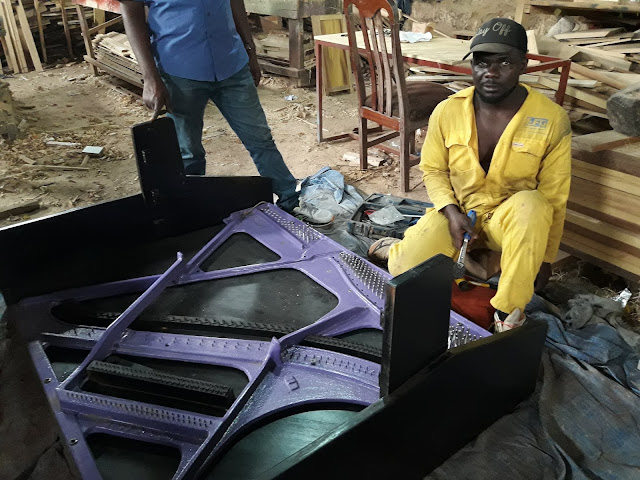 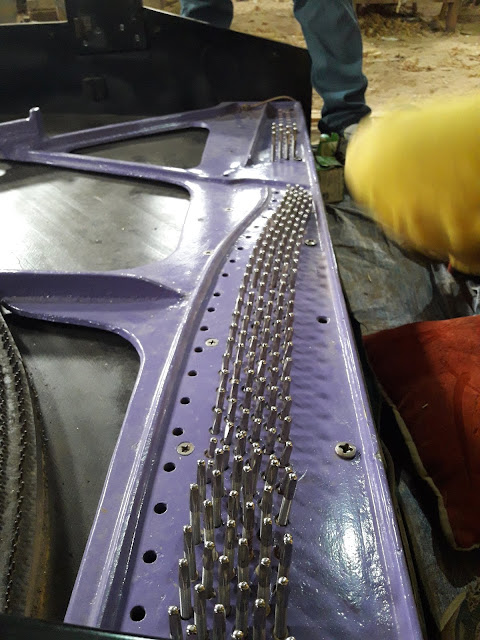 But there is some very sad news alongside that.

Three weeks ago, a plane went down in Goma, just over the border from Gisenyi in DRC. It crashed into a residential area.


One of the houses it landed on belonged to the brother of our chief piano builder, Paulin. His brother was at church at the time but the crash killed his sister-in-law and their children.


We're holding a collection for him and his family. If you would like to contribute, you can do so here or contact Kigali Keys for mobile money details. Put Paulin in the payment note on PayPal and we'll make sure he gets it. Really sad news and our thoughts are with him.
at 09:41