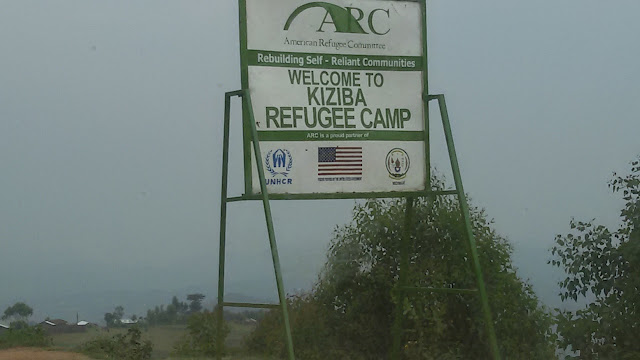 Our next stop was Kiziba refugee camp. A bumpy ride in a small bisi along mountain roads. 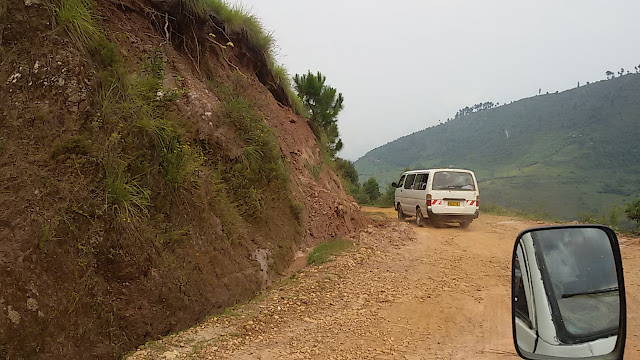 The camp is home to around 17,000 Congolese refugees and has been in existence now for twenty years. Many of the refugees were born there and don't remember the DRC. It's a very difficult situation. One refugee told us that when they ask what will happen to them, they receive three answers:


So, the camp has sort of reached a stalemate.

The visit brought out understandably strong emotions in the group, but it was interesting to see the difference between international and local opinions. Whereas everyone was upset by the conditions (especially having one doctor working three days a week for 17,000 people), the locals, like myself, were quite impressed that everyone was living in houses rather than tents. The conditions did look better than DRC, and there was a fully functioning market and school. What's quite impressive is that the Rwandan government are already building semi-permanent houses for Burundian refugees, perhaps because they understand that this is likely to be a long-term issue. 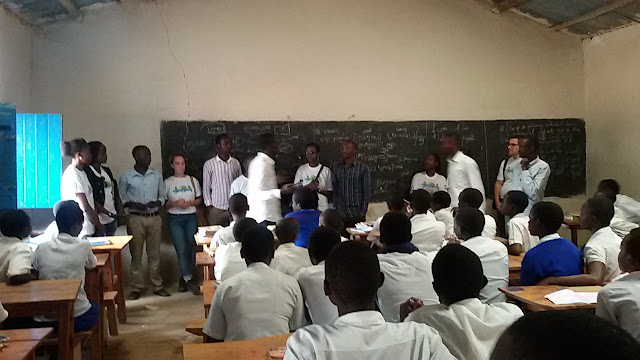 As we walked through the camp, our Kiziba participant, Nadine, pointed to a hill and explained that this was where the Hill of Resistance was, at Bisesero. If you have read something like Philip Gourevitch's We Wish to Inform you that Tomorrow we will be Killed with our Families, you will know the story of the brave people of Kibuye who tried to organise a resistance against the massacre and ran to the hills to defend themselves. 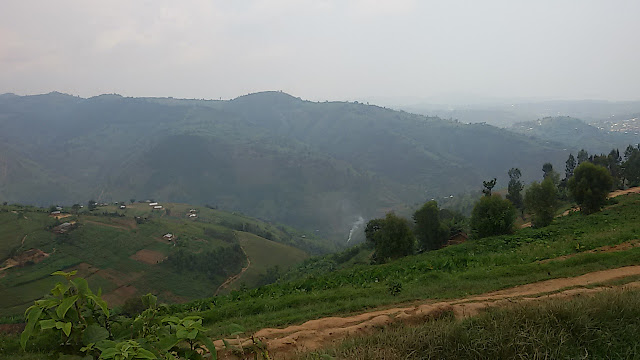 Whilst at Kiziba, I got talking to the head teacher and he told me about a school building project they want to undertake. The parents of students had managed to raise enough money to buy a small area of land on which to build. Now they need help raising the funds. I've taken this project to an NGO I work with in the region and we're going to see whether there's something we can do to help.

It was an interesting experience. Our group had split into two. I went with the group exploring education, whilst the second group went to visit the hospital. They were stopped by an administrative assistant working at the camp who for some reason saw a group of people all wearing the same T-shirt and decided they must have broken into the camp without permission. She proceeded to call camp security, and was very apologetic when she realised all of our paperwork was in order. She said sorry by staying to answer some questions. But it did little to foster good relations between the camp's youth (who we were working with) and camp officials.

Things took a turn for the worse when UNHCR, who was due to come and answer questions from the youth, decided they weren't coming after all. The youth regularly complain that UNHCR never meet with them or talk with them, and our visits to the camp often help to facilitate meetings that don't seem to happen otherwise.

When the youth heard that UNHCR had stood them up, a group of young men started to get quite agitated, to the point where my colleague warned me that there might be trouble. She told me that the men had threatened to storm out and refused to participate any further unless we could get the camp official to talk to them.

Thinking on my feet, I asked my colleague to translate for me and called a huddle with the young men who were upset. I told them that we shared their disappointment with UNHCR for not attending the meeting, but told them that if they were willing, we would be happy to listen to all the points they wanted to raise with UNHCR, and that we would put this in a letter and send it. So, that's what we did. We held an open forum, and a group of participants offered to write up the letter which we're now planning to send to UNHCR at local, national and international level, plus MIDIMAR and the Minister for Refugees. It allowed the refugee youth to be heard, and at least made them feel as though someone was listening. It will be interesting to see what sort of response - if any - we get. 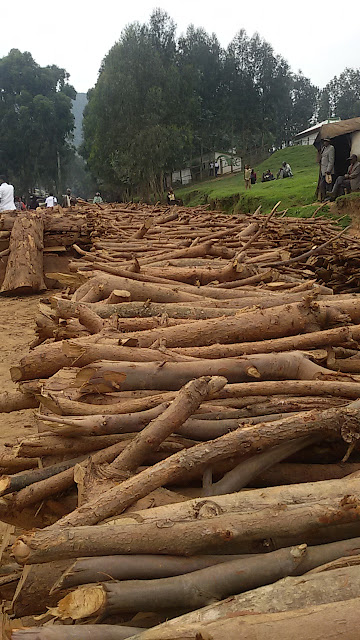 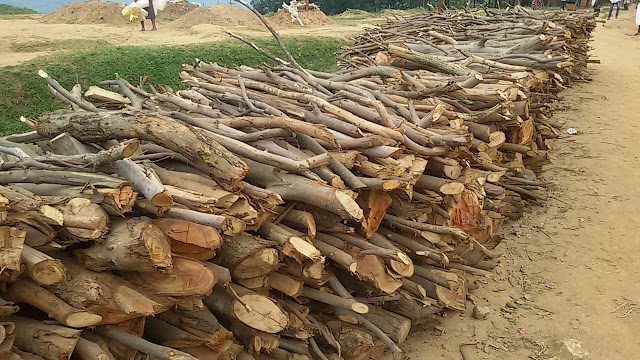 This is just a random picture of wood piles. I think they're so pretty, but they underline another problem concerning natural resources. NASA photos reveal destruction of 99% of rainforest park in Rwanda. One of the reasons Rwanda is reluctant to nationalise refugees. 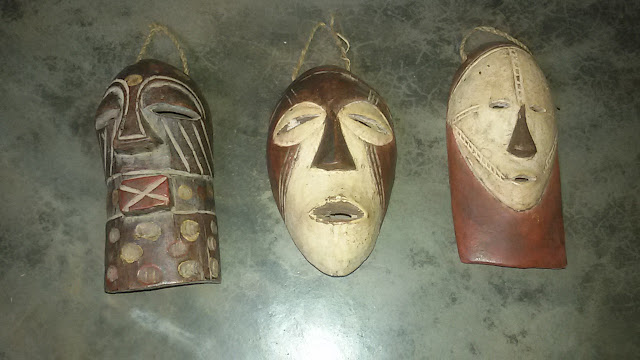 Before leaving the camp we stopped off at the camp shop where refugees sell some of the crafts they make. I satisfied my love of Congolese masks.

Then it was back to Bethany for a well-earned beer and a beautiful sunset. 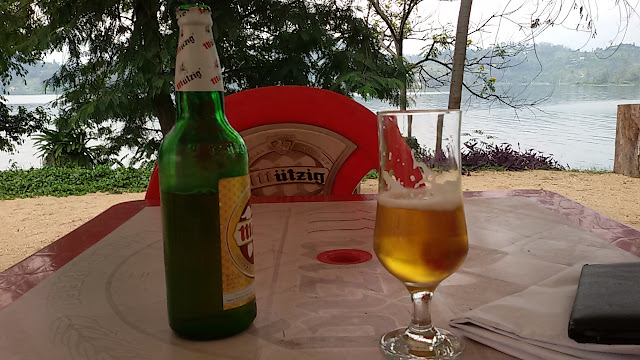 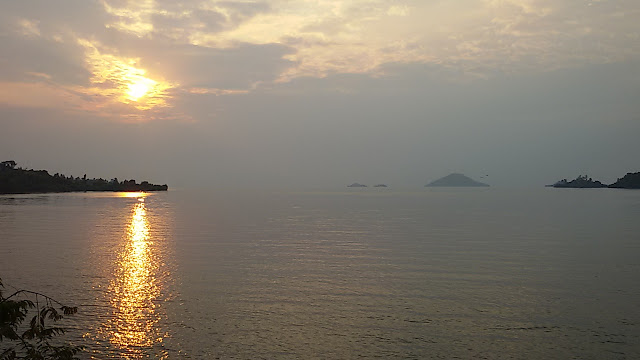