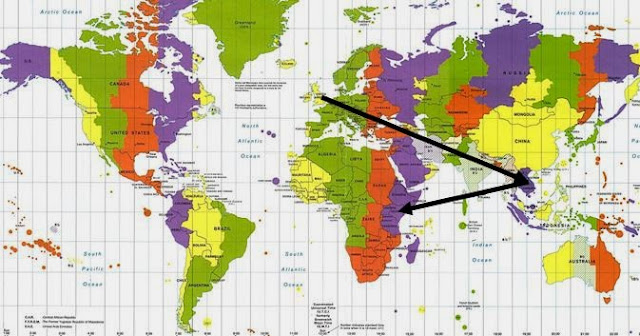 Well, after the recent road trip, I thought I'd try something a little more ambitious.

Guess now's as good a time as any to announce it.

Planning a trip to Laos to see Ruairí and Martine on 10 April, then heading on back to Africa.

For those who don't know the history, Ruairí and Martine are two friends from the Rwanda days, who got married this time last year and decided to move to Laos. Check the Ireland tab for our goodbyes last September.

Fairly excited as it'll be my first time in Asia, and I rock up just in time for Pii Mai, which is Laotian New Year. Apparently it involves a lot of water and coloured dye. I'm a little worried about the heat, going from a mild UK winter to 36c is going to be a bit of a shocker, but can't wait to see my friends again.

Then on 7th May I'm headed from Laos over to Kenya to catch up with my friend K, who I know from the Armenia trip. She's very kindly offered to take me in for a few weeks until I find my feet. No real idea quite what I'm doing from there, but popping back to Rwanda to catch up with Jo, Pierre and wee Zuba is a strong possibility, as is Burundi, if it hasn't imploded by then. Or maybe somewhere completely different. Just going to hang out until I figure it out. 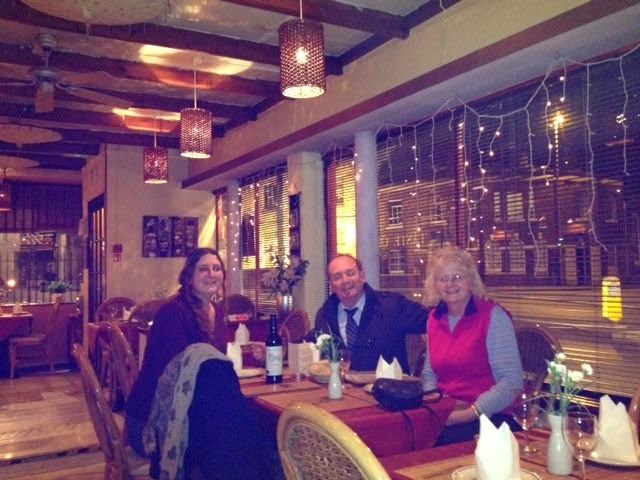 Had a nice day out in Gloucester with Mum last Monday whilst Merrick was at a conference nearby. Did lots of shopping, bought lots of clothes. I now have enough meds in my suitcase to stock a small pharmacy.

In a strange sense of history repeating itself, we went for a few pints at Café Rene, which is where I had leaving drinks before heading to Africa the first time. Then we relocated to a gorgeous little restaurant called Taste of Thai for a yummy meal and a bottle of very drinkable corbières.

Today I've just got back from visiting the lovely Mr. Matthews (of caving and giant fame) in Bristol. Went for salmon and crayfish burgers at Deco Lounge in Cotham, washed down with a couple of bottles of wine. We ended up the last people there, so smuggled the remainder of the bottle back with us, via a pit-stop for liquorish rizlas and Cadbury's cream eggs.

Stayed up chatting with Dan's housemate Steve until 3am, listening to his fascinating account of climbing Kilimanjaro with co-house-mate Matt. Finally answered my question: 'how did you go to the loo?' Which I won't repeat the answer to, as it was as cringeworthy as I'd always suspected.

Daniel's one of my oldest friends. We were at BRIT together in '97, and he's just spent two years working in the 'real world' after returning from four years in Taiwan. Shortly after I land in Kenya, he's jumping a plane to Peru to work for a few months, ahead of relocating to Madrid. It's probably going to be quite some time before I see him again, but it makes me feel better just knowing he's out there in the world somewhere, as restless and curious as I am. Very excited to see where we bump into each other next.

So, that's my news at the moment. Think I'm meeting up with Mum again for a last meal before I go, but booking a night bus from Gloucester to Heathrow on 10th. Not got much else planned between now and then. Need to book in for my annual haircut, but most of my packing is already done, don't need to buy much else. I'll report more as and when it happens.

Time for an early night and some much-needed sleep.
at 16:12