Sorry for the silence everyone! It's been a busy week.

I was in Edinburgh for my best mate's wedding. Arrived late Tuesday night via the airport, where I picked up the groom-to-be, Ruairí.

Arrived to find that my lovely dad, who has never met Martine or Ruairí before, had sent a beautiful bunch of flowers up!


We had a really chilled-out day on Wednesday. Then Thursday was wedding day!

Started with a full fried breakfast, again courtesy of Ruirí, who loves to cook.

Then it was time to get ready...


It was one of the best, and certainly fastest, weddings that I've ever been to. Second time I've attended a wedding as one of two witnesses. Only, this time, there were a couple of extra guests: Martine's son, David, Ruirí's Alfred and my Percy.

Alfred is usually seen in an Aussie cork hat, khakis and boots. He donned the full Scottish kilt and sporran for this special event!


My witnessing counterpart, Ken, cracked open a bottle of champagne whilst we waited for the marriage certificates to be printed. Then it was back home for plenty more bubbly... 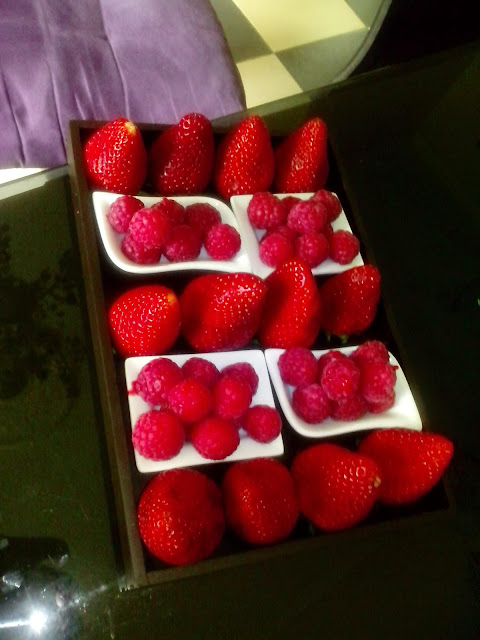 I'd been saving the waragi for months, since a friend smuggled it back from Rwanda in return for a T-shirt delivery I made for an NGO. Kept it for a special occasion, to share with people I knew would appreciate it. Don't think you can get it in the UK?

Martine complimented this with fish food from her mother's favourite chocolatier. In France it's traditional at Easter to eat tiny chocolate fish, and this selection box was absolutely delicious.

Then it was off to the Gurkha Restaurant for the evening meal, by way of the Malt Shovel Inn, where we adjourned to again after the meal. The food was lovely, and we finished up with Nepalese carrot dessert!


It was a day of much pleasurable eating, with rolling tides of laughter and good cheer. Martine gave me her magic scarf as a 'thank you'! I had a very big lump in my throat as I laid out my bed for the final time. I've slept many a night on that blue sofa, from Leith to London Road. I shall miss you my old friend... 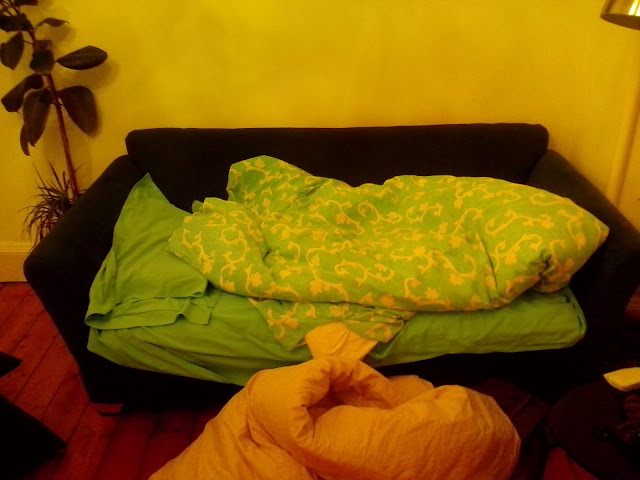 The next day I hung around, hungover, until late afternoon. We did quick goodbyes. None of us cope very well with those - just throw everything in the boot of the car and go, knowing you'll meet again some day.

Drove back to Alva and hit the pubs with Paul. Good night's drinking. David drove Ruairí and Martine back to Dublin the next day, thus ending the Edinburgh era, though David says I can stop by whenever I like. Think he's planning to turn the place into a party pad whilst he finishes his PhD.

Feeling very bright and happy about things. They're staying in Ireland until the end of the year, then hopefully moving to Laos. Looking forward to visiting both those places. Meanwhile, hanging out in Scotland a little longer to attend a Beltane festival and help Paul move house.