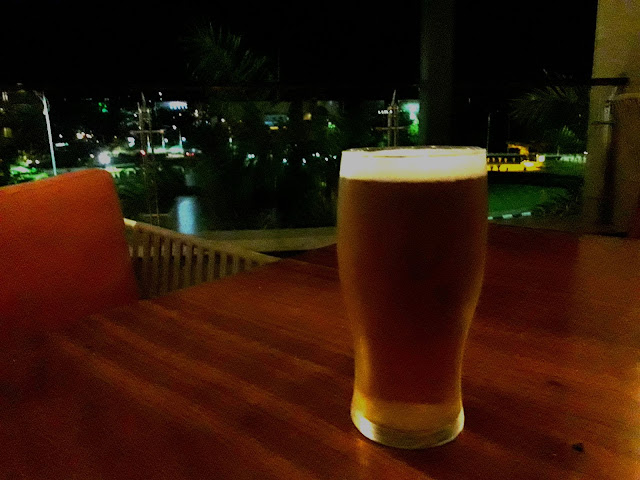 Last night was a major step in my journey to full recovery. I went out on the lash with my very good friend, Harris. We emptied a bar of beer at Kigali Heights whilst putting the world to rights. I was a bit hesitant as the last time I drank beer, I woke up having a nervous breakdown - which turned out to be malaria round two. But this morning I woke up feeling really good and very happy.

I just wanted to make one last post about malaria, because someone asked me about it the other day. I posted before on how to cope when you get sick with it, but there are symptoms of malaria that surprised me and I thought worth sharing.

The lady who contacted me had been living in Rwanda for a while and was really worried about contracting malaria. She thought she might have had it but wasn't sure and asked me what it felt like. She said that the answers I gave were useful because they hadn't come up on the websites she'd been looking at.

Having had malaria three times now, I feel like I'm starting to understand it better, but please remember I'm only talking about p. falciparum, which is treated with coartem. I can't vouch for any other form of malaria. Here's the main take away from all that fun and games:

Malaria is Different Every Time

The first time, I vomited once at the onset, extremely violently. The second time, I vomited every twelve hours like clockwork. The final time, I didn't vomit once. A friend who got it said she had a splitting headache for a few days. I didn't really get headaches.

Essentially, when you look up the symptoms of malaria, you're likely to get a personalised pick 'n' mix, but not all of them. Just because you've had it once, doesn't mean it'll feel exactly the same next time.

This is the one that threw me the final time. Fever is the big thing that everyone thinks about when they consider malaria. It's what doctors check for when you first get to the clinic. The first time I had malaria, I had fever. The second time it went as high as 39.7. The final time - my temperature was normal or slightly low almost the entire time. It once went to 37.7 and once to 38.1, but it passed very quickly. Mostly it was around 36.3-5. I'm not sure whether this is more common in recurring malaria (when it never fully went away the first time) than in new infections, but it's worth knowing.

There is Usually a Cycle

Although fever was rare the final time, there was a cycle that repeated and tends to be a hallmark of the infection:

I would get extremely emotional between the aches and the onset of the chills. Realised I've started to have a panic reaction to chills as they were so violent the second time around. There's not much you can do about it but cry.

Strangely, my friend Emmy told me this when I had malaria at the start of October. He said to me, "You should get a second round of coartem because sometimes the first one doesn't work and it doesn't always show up in tests if you've already taken medication."

This is something that is apparently well-known among many Rwandans who have had malaria. I had never heard this before, and decided to stick with my one box of coartem. Coartem contains artemether, which takes quite a toll on your stomach, so it's not advisable to take more of it than you absolutely need, not without additional medication to help protect your stomach.

However, in this case, Emmy's words turned out to be rather prophetic. The first round of coartem didn't fully kill off the malaria, but it did reduce it sufficiently that it took four weeks to show up in tests again. That was an extremely difficult time for me, knowing I was sick but not knowing what the problem was because the blood tests were clear.

So, even if your tests are clear, keep pressing the doctors if you know you're really not well, especially if you've already taken a round of coartem recently. The longer it goes untreated, the lower your immune system gets and the more susceptible you are to secondary infections (I had both a UTI and tonsillitis to add to my joy).

It seems that tests are most likely to show positive if you get tested when you have fever. That's when it's hatching into your bloodstream, so there should be a higher count of the parasite. Of course, that's problematic if it's not presenting with fever.

There are Some Other Wacky Symptoms

Some symptoms that occurred every time for me, but which don't often show up on lists include:

Mad Appetite: One of the dead giveaways for me is a yo-yo hunger response. I'll be fine one moment, then absolutely starving hungry. Yet one bite of food will have me feeling full again, or I'll feel extremely hungry but not feel like eating anything. It's one extreme to the other fairly quickly. I don't know if other people have experienced this, though.

Unbalanced: I'm a bit accident-prone anyway, but I notice that even before the full symptoms come on, my sense of balance goes a bit squiffy. The first time I had malaria, I stepped off a platform and my legs gave way. The second time, I walked into a door frame I thought I had judged just fine. You go to do something and realise you're not quite calibrated.

Emotional: The last time I had it, when I had it but didn't know I had it, I became super emotional. I was sobbing all the time. It brought on a massive mood disorder. That's something to watch out for, especially a few weeks after a first round of coartem. Depression can be a sign that something isn't right physically.

How it Should Feel

The first time I took coartem, and this last time, I felt worlds better the moment the last dose was taken. It's a three-day course. Six doses of four tablets, taken morning and night (though our local pharmacist has just started offering a one-tablet ride, instead of four). You should start to feel much better very quickly, especially if you're taking decent painkillers with it.

Within a day of finishing my last dose, I was back to my bubbly self. A week later, my energy is almost completely normal. I get tired a bit quicker, but that's because I haven't done much moving whilst sick. My emotions have also levelled out. I no longer burst into tears and I feel like I recognise myself again. I'm laughing a lot with friends and I'm fully functional at work. I still have a few aches and twinges, but given how much my body's been through in the past month, that seems acceptable.

That was not the case when the coartem didn't work. I said to my friend, "This isn't how it felt the first time round." I was tired all the time. At first I was irritable, then I was openly sobbing when it started to hit. Then the aches returned - the shoulders and the chest when I breathed in. My normal energy level just didn't return.

So, if you've taken coartem once and you're not feeling normal within a week, it's worth keeping an eye out for returning symptoms.

It is best to get a medical diagnosis before taking a second round of coartem, because malaria shares a lot of symptoms with other things, such as typhoid and general infections, but if you start to feel like you're cycling, you're having aches, extreme mood shifts or fatigue, and you just don't feel yourself - keep pestering your doctor. Switch clinic if you need to. Just because it's not showing up doesn't always mean it's not there.

And just a last note for women: not that you're going to feel much like shagging when you're sick, but coartem interferes with the contraceptive pill, so that's worth knowing.
at 18:16