In my last post I mentioned the flooding in Gisenyi. More than 200 people have lost their lives and almost 10,000 homes have been destroyed in one of the heaviest rainy seasons in a long time. After posting about it on Facebook, I started to hear more stories from friends, so I wanted to share. The first two are from my friend Jo. The second one shows the road we drove along to get to Lake Bunyonyi last October. 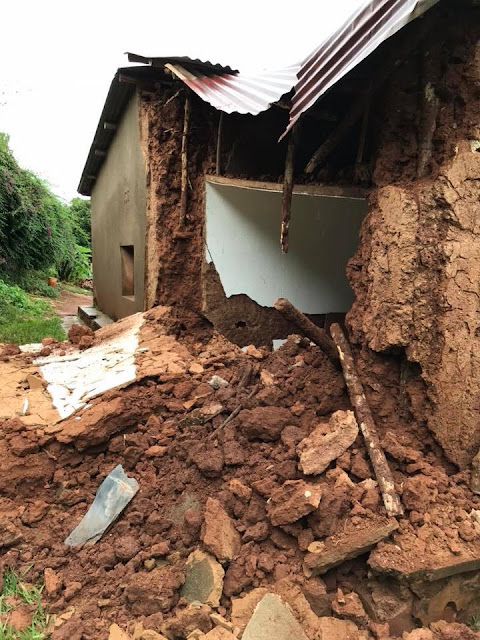 We’re coming to the end of the rainy season, which has been particularly heavy. Over 200 people have died in Rwanda as a result of landslides and falling buildings.

On Monday morning an old house in my garden started to collapse after 12 hours of heavy rain. Luckily no one was hurt and we spent the day emptying the house and moving out the person who was living there. We’ll knock down the rest over the next few days.

I’m very grateful that we get to sleep in a comfortable bed each night surrounded by solid walls. 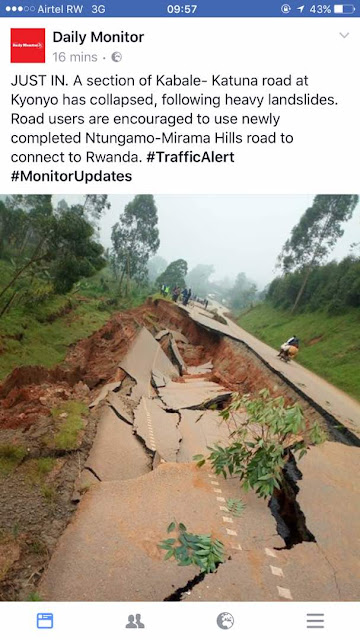 My friend Meg runs the Kinamba Project down the road. She posted this. 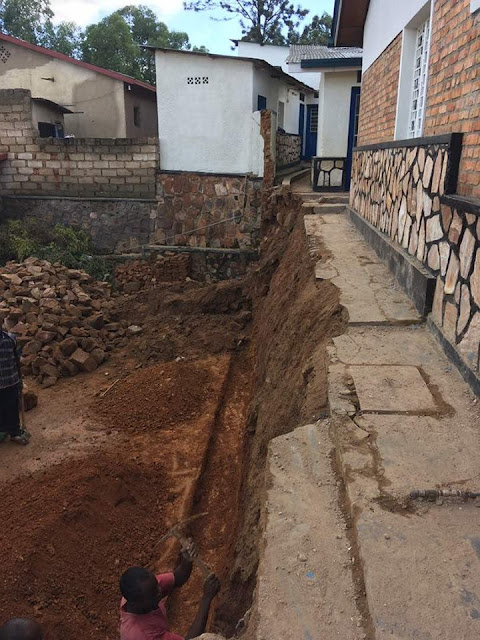 After prolonged heavy rain for days on end this is what happened to part of our boundary wall over the weekend.


My own neighbour started building a house a few months back and one entire wall collapsed whilst I was away in Gisenyi. A live electric wire landed in our garden. REG have since made it safe, but it's still coiled up over our garden wall. 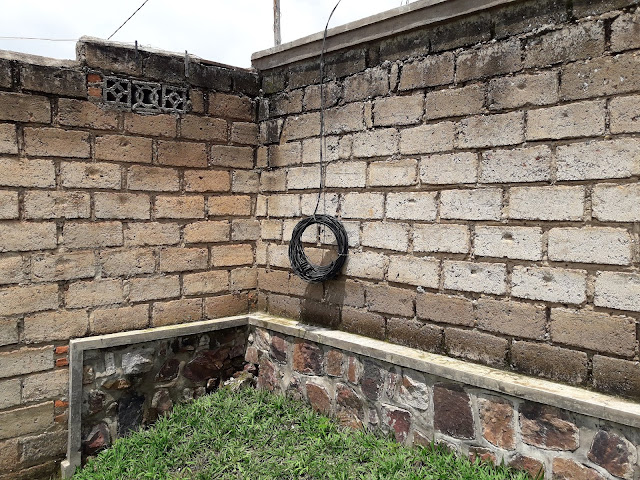 Back in 2015, I was an honoured guest at my former guard's village after raising funds to help him rebuild his home after it had been washed away by floods. I still remember his face the night it happened, when he sat on my back porch and I thought someone had died. When he eventually told me what had happened, I realised I had to try to help. I'm extremely lucky to live in a solid, cement house that isn't likely to wash away any time soon *touch wood*.

My friend Sameer, up in Gisenyi, also sent me some pictures. The floods rerouted a river at the end of his garden, bringing down a wall and washing up two bodies. He lives on a tea estate which has lost a large area of land at significant financial cost, and made many of the mountain roads impassible. 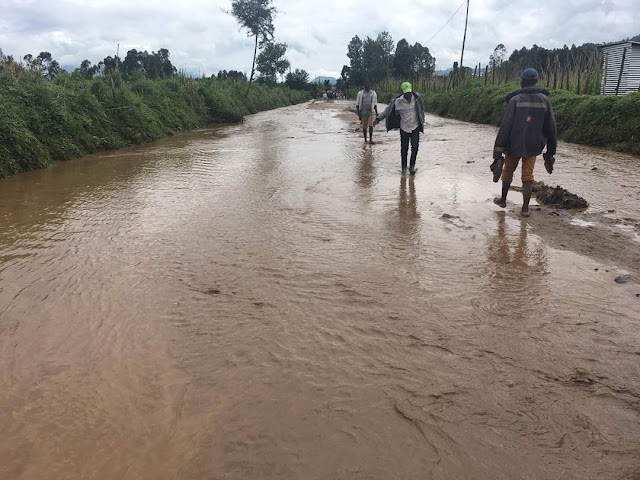 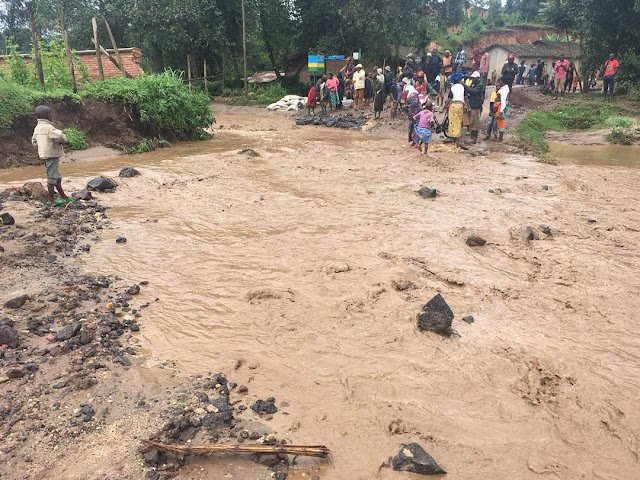 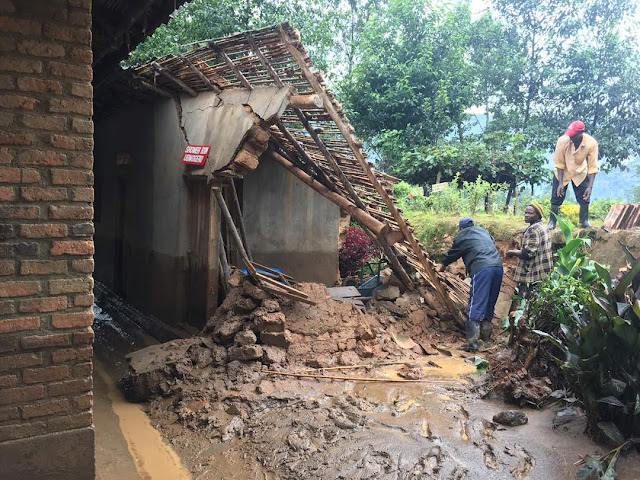 There are definitely significant challenges that come with living in a land of a thousand hills - especially when it rains this hard. Thoughts go out to everyone who was affected and has lost loved ones.
at 22:04