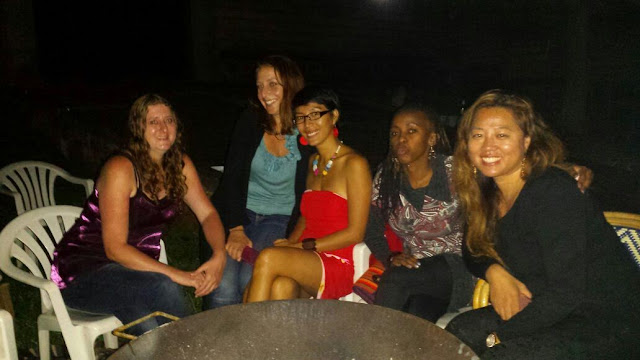 Recovering from the best birthday party ever.

It's actually my birthday tomorrow, but Saturdays are much better for partying than Mondays. The run up was a bit bumpy.  Didn't think I was going to have anything to wear. The tailor at the fabric shop assured me he'd have three tops finished by Wednesday. By late Friday afternoon he'd only finished one. But it was my favourite coloured one and it's very nice. Then there were mad dashes across town to source wine, organising with my local shop to provide the beer and Fanta, and buying a half-hundred weight of candles.

I must admit, I was rather worried. The party was due to start at 7:30 (meaning more like 8:30) and by 7 p.m. I was sitting on my own on the porch watching the rain pouring down. Because most people travel by moto (public motorbike), rain is an automatic party stopper. No one can get anywhere. We've just entered the start of the wet season. This is basically the weather forecast for the week.

So, it wasn't looking good, especially as I'd planned a BBQ and a fire pit. I asked the gods very nicely if they wouldn't mind holding off for the night. With a final flash of lightning and a parting shower, the clouds dispersed, replaced by a flawless, starry night. Couldn't have asked for better.

But weather was still no guarantee anyone would come. I've never held a house party in all the time I've been in Rwanda. I just turn up to other people's. So I wasn't sure if anyone would answer the call. I have lots of different groups of friends, none of whom had ever really met each other, so I was hoping to introduce them. Everything was prepared (I'm a little OCD when it comes to pre-prep). 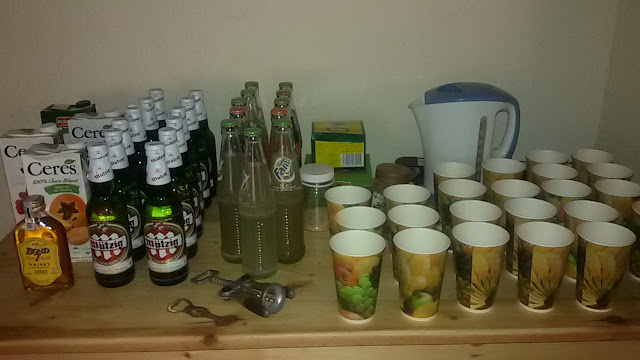 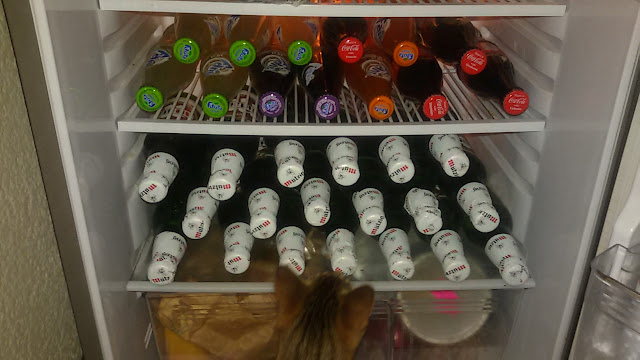 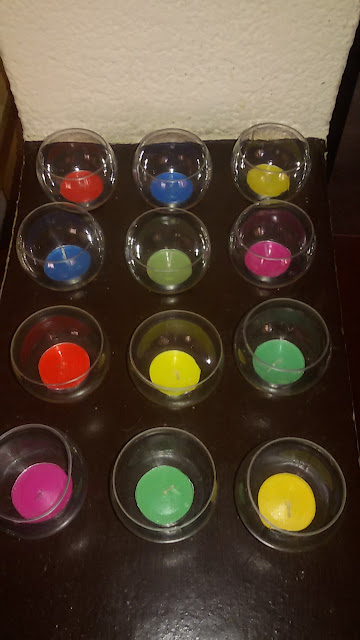 I knew that I wanted lots of candles, to give the garden a fairy feel. And I wanted a fire pit and drums. My friend Jo was unwell, so couldn't come, but she lent me these beautiful lights made from old tin cans with holes drilled through them. They look lovely. 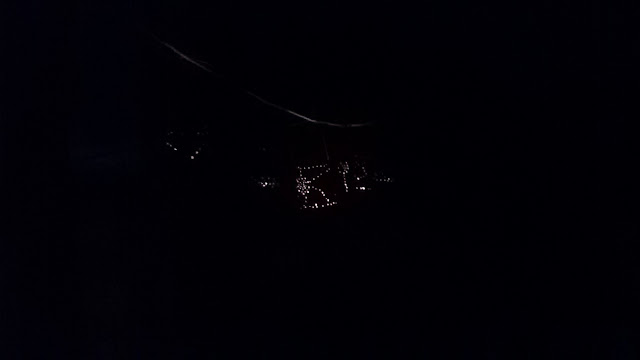 My friends Lulu, John, Senga and his wife Grace turned up early to help get things ready. I put them in charge of candle arranging. They put them all the way up the driveway and it looked absolutely stunning. So pretty, photos could never do it justice. 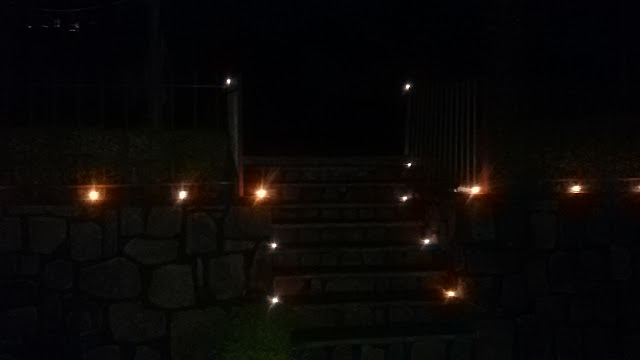 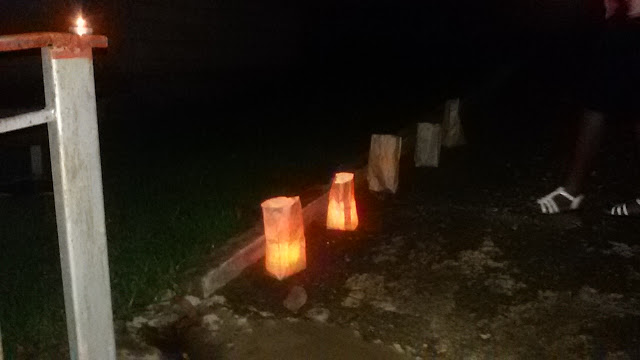 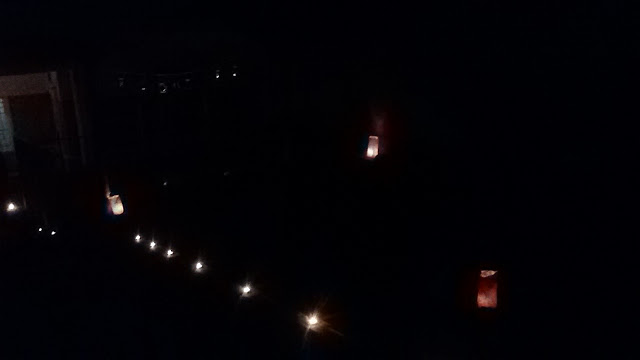 The BBQ guys were delayed by the rain, but so was everyone else so it didn't really matter. I didn't want the hassle of cooking, so Maia's staff kindly made potato salad and couscous for me, and Maia donated a chicken paella. The caterer was a bit of a gamble, because they wanted to know how many people, and with parties you just never know. 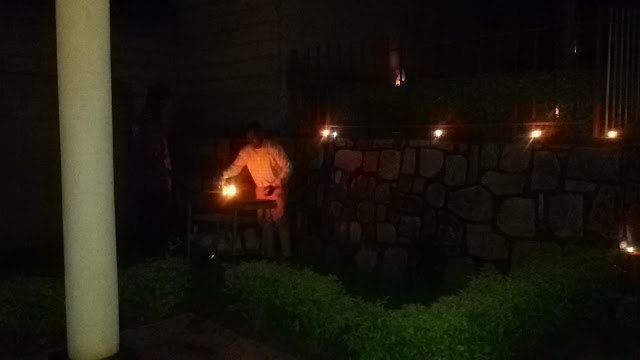 I guessed between 25-30 people and I think we got around 40, but there was plenty to go around, and I got my fire and drumming - thanks to Lulu and Dodo.

It really was the most superb night. So many friends came, and everyone mingled. Inside, we had modern music and space to dance and chat. Outside, I had blankets around the fire. People could move to wherever they felt most comfortable. My landlord donated more chairs and spoke to the head of umudugudu (local sector) to tell them I was having a party, which is nice because they put extra security on your road to watch over your guests' cars.

I was seriously a little overwhelmed by it all. I realised why, when I go to Jo's parties, she's never sitting with us, because there's so much to do you don't have time to stop. I think I managed to snatch a single brochette the entire night. But it was absolutely, totally worth it. One guy even said it was the best house party he'd ever been to.

Not the only compliment I received. I know some guys in their early twenties. We started a drinking game, trying to guess each other's ages. They were convinced I was 'twenty six or twenty seven.' I was more than a little flattered (I'm turning thirty-six!).

Everyone had left by about 2 a.m. so, just to prove I could, I accompanied the twenty-somethings to a local club called Fuchsia and danced my socks off until 5:30. Arrived home just in time for the dawn chorus and a beautiful sunrise. That thing sitting on the pole is a huge owl, about the height of my forearm. He was on my garden wall the other day. 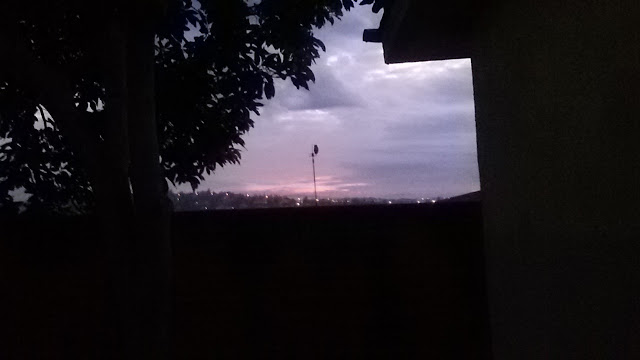 I woke with a free pass.

A free pass is a very rare event. You have a night out that should rightfully have killed you, you expect to wake up screaming, but instead you wake feeling absolutely fine. Better than fine. So fine, in fact, that I whizzed through the after party (tidying) in under two hours. Filled three bin bags, then called my cleaner to help wash the floors and dishes. 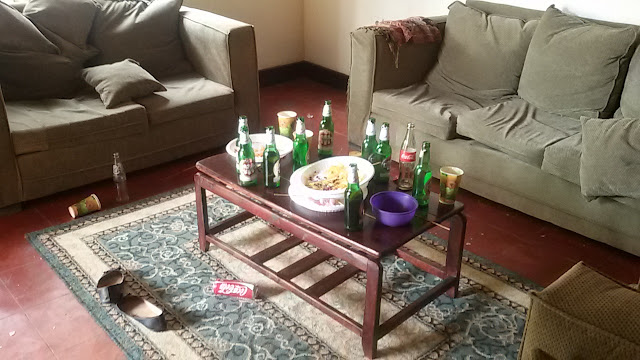 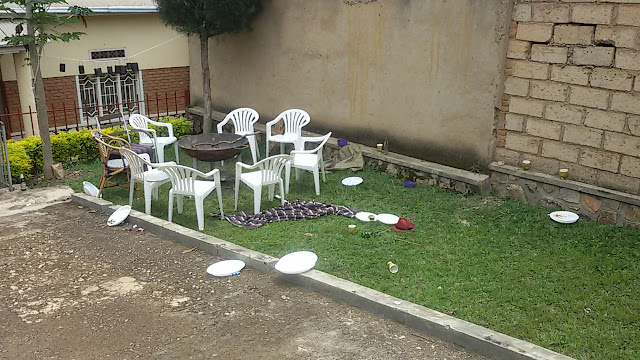 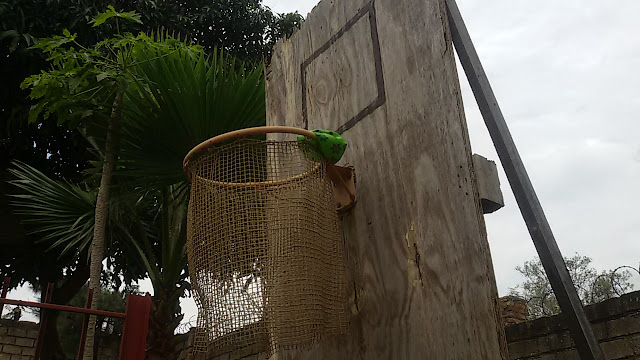 Erm... not sure what the hell happened there.

Looking forward to opening my presents tomorrow, but my cats have prospered too. One of my friends is a vet and brought me a giant pack of cat food. She knows me too well! Another friend brought a play basket for them, which they love. 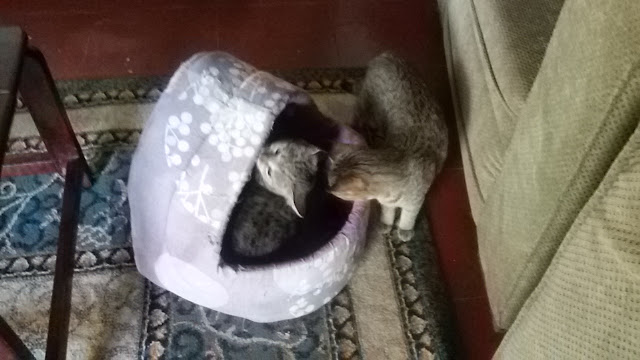 I'm just sitting here in a post-party glow of happiness. Definitely up there on the list of best birthdays ever. Everyone truly seemed to enjoy themselves. Was so busy hostessing that I didn't get many pictures, but did get a couple of snaps with the lovely ladies I roll with. 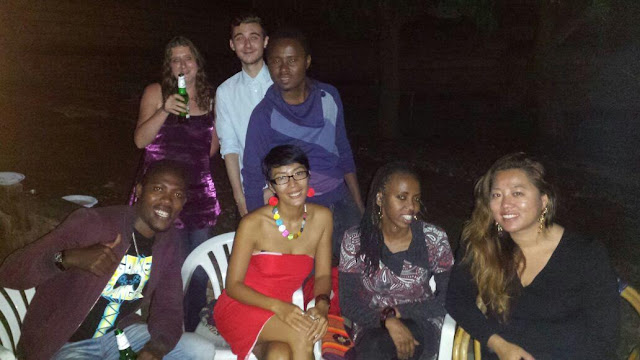 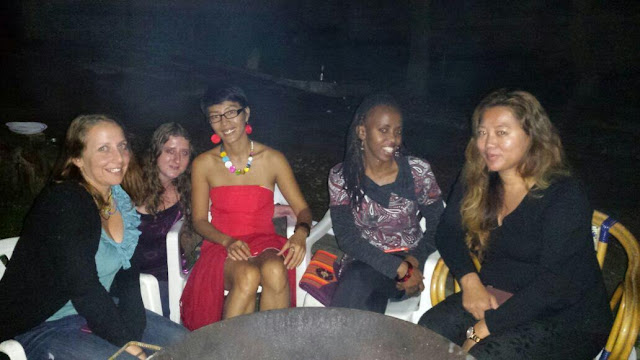