Birthday Surprise Part I: The Shard

This is a long and picture packed post. Marilyn organised a surprise weekend in London for Dad's birthday, and what a weekend!

We caught the train to Paddington early on Friday, dropped our bags off at a hotel in Vauxhall, then headed to the first surprise. 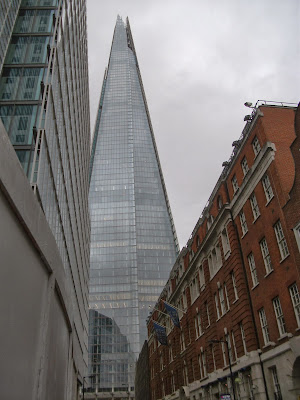 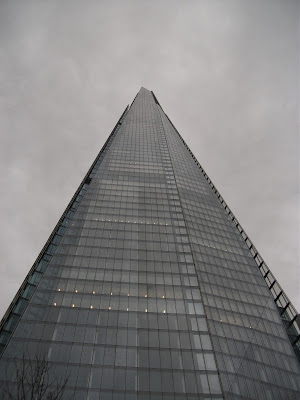 The Shard is currently the tallest building in the European Union, at 87 stories, stretching 306 metres (1,004 ft) high!

You have to take two lifts to get to the top, which travel at a smooth six metres per second (15 miles per hour). You sort of expect to pop out of the top like in Charlie and the Great Glass Elevator.

The view from the top is incredible. St. Paul's Cathedral, once the largest building in London, looked little more than the size of a postage stamp.

It was quite a grey day, and not long after London had been hit by historic, flight-grounding fog, but you could still see for miles, and they had special telescopic screens that allowed you to zoom in and displayed labels telling you what the main buildings were. Dad used to live in Crystal Palace, and the transmission station looked like the Eiffel Tower in the distance. I think there is something incredibly relaxing about seeing the world so small below.

Definitely worth a visit.

From there, we headed to Leicester Square in search of a film, as that's the cinema centre of London. It was also extremely festive.

There wasn't much showing, so we took a little wander down to Piccadilly, past the iconic fountain of the Four Bronze Horses of Helios, which is beautiful in a sort of fearsome way. 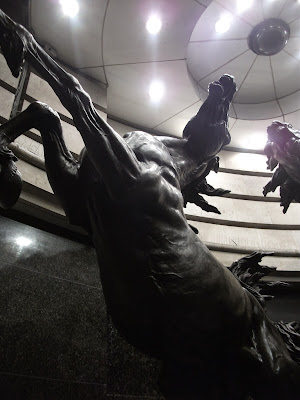 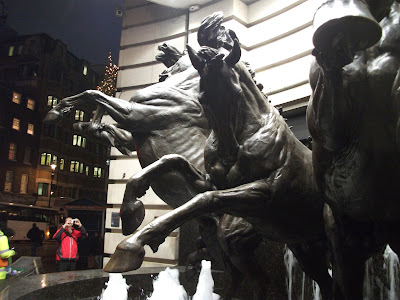 Someone had decided to turn the central monument of Anteros into a giant snow globe! Genius. 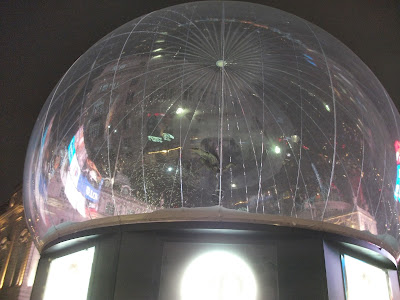 There were also plenty of pretty lights. 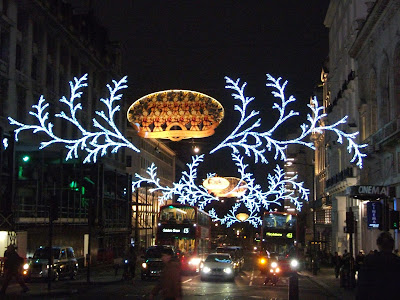 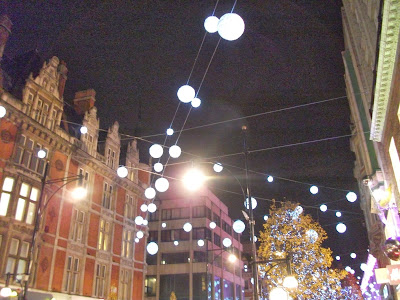 We found a quiet underground cinema nearby showing Philomena. I'd heard it was good, but this has to have been one of the best surprises of the weekend. I've never really been a massive fan of Steve Coogan, who is best known for his comic role as Alan Partridge, but as a straight actor he was absolutely brilliant. You expect great acting from Judi Dench, but he really played the backside off it. If you get a chance to see this film - do! It's sad, and funny, and just excellent. Have a large pack of tissues at the ready.

After that, we trundled up to Bond Street to one of our favourite London restaurants, Topkapi on Marylebone High Street. It was a bit more brightly lit than before, but they still sell delicious Turkish food and a wonderfully smooth red called Buzbağ - highly recommended.

Then it was a contented tube ride back to Vauxhall to sleep it off.